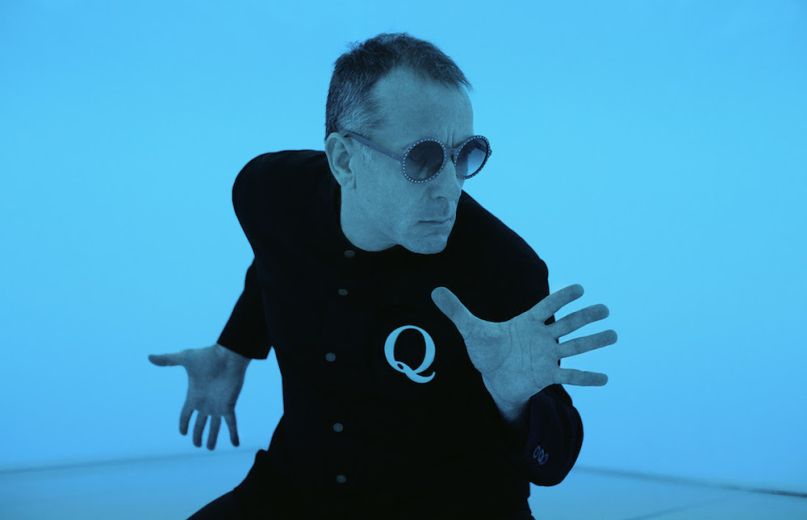 The Rentals, photo by Dirk Mai

The Rentals, the power pop outfit led by former Weezer bassist Matt Sharp, are set to return with their first album in six years. It’s titled Q36 and due for release on June 2nd.

The follow-up to 2014’s Lost in Alphaville is said to be an “outer space themed sonic voyage.” Technically a double album, it collects together a total of 16 songs. Lead single “Spaceships” was shared earlier this month, and now Sharp and rest of the Rentals have let loose another preview in “Forgotten Astronaut”. It features contributions from Yeah Yeah Yeahs member Nick Zinner (guitars), The Killers’ Ronnie Vannucci (drums), and The Gentle Assassins choir. Producer Dave Fridmann (The Flaming Lips, Sleater-Kinney) also had a hand in the making of this latest single.

Inspired by the published works of NASA astronaut Michael Collins, the new song’s lyrics specifically read “like an imaginary, inner-conversation the Command Module Pilot of Apollo 11 may have had with himself during the 21 hours Collins spent alone waiting for [Buzz] Aldrin and [Neil] Armstrong to return safely to their home away from home, the spacecraft Columbia,” as a press release describes.

Sharp elaborated in a statement,

“I started writing ‘Forgotten Astronaut’, while I was reading [Collins’] Flying To The Moon (1976, MacMillan). When friends would ask if I had read anything good recently, I would tell them I was reading about Michael’s extraordinary life and whomever I was talking with would simply ask, ‘Who is Michael Collins?’ And then again, when I was previewing early arrangements of the song for friends, I would tell them that lyrics were being sung from Michael’s perspective and they would, without exception, hit me with that exact same question, ‘Who the hell is Michael Collins!?’

What gave me great joy was imagining where Michael’s more trivial thoughts might have drifted to, in the solitary confinement of Columbia, just Michael and a small colony of NASA’s laboratory mice, alone with his sillier, lighter ruminations juxtaposed against the moment where he started to grasp the weight, significance and gravity of this monumental chapter of mankind’s story.”