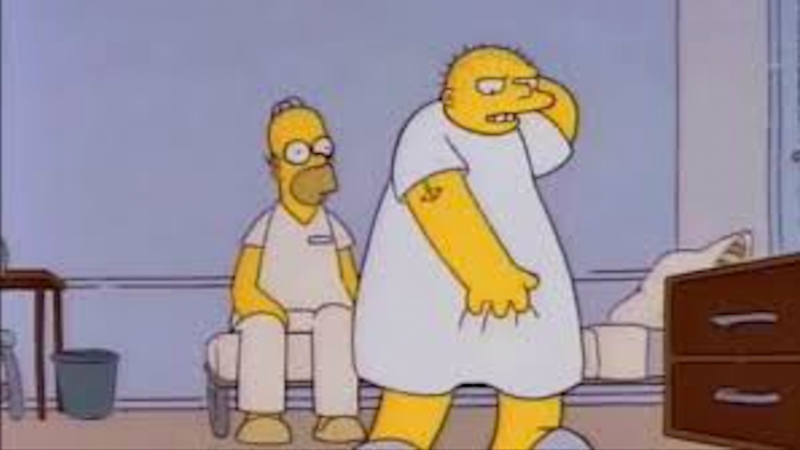 Earlier this year, longtime The Simpsons producer James L. Brooks made headlines when he announced that the classic episode “Stark Raving Dad”, which guest starred Michael Jackson, would be pulled from circulation. At the time, Brooks had just watched the HBO documentary Leaving Neverland, in which two of Jackson’s accusers detailed alleged sexual abuses. Afterwards, Brooks told the Wall Street Journal that, “It feels clearly the only choice to make.”

That choice has been once again thrust under the microscope with the (somewhat rocky) launch of Disney+. The new streaming service boasts the entire Simpsons catalogue — with “Stark Raving Dad” once again a glaring exception. In the episode, Jackson played Leon Kompowsky, a white mental patient who believes he’s the real Michael Jackson, and who sang one of The Simpons’ best known original songs, “Happy Birthday Lisa”.

“What saddens me is, if you watch that documentary — which I did, and several of us here did — and you watch that episode, honestly, it looks like the episode was used by Michael Jackson for something other than what we’d intended it. It wasn’t just a comedy to him, it was something that was used as a tool.”

Of course, Jackson is not without his defenders. The rapper T.I. has decried Leaving Neverland as an attempt to “destroy” black culture. Next July, Broadway previews begin for the upcoming Michael Jackson musical. And just last week, human fart-noise Donald Trump Jr. tacitly endorsed children hanging out with the late pop star, and even used his own experiences doing so to “prove” his dad isn’t racist.