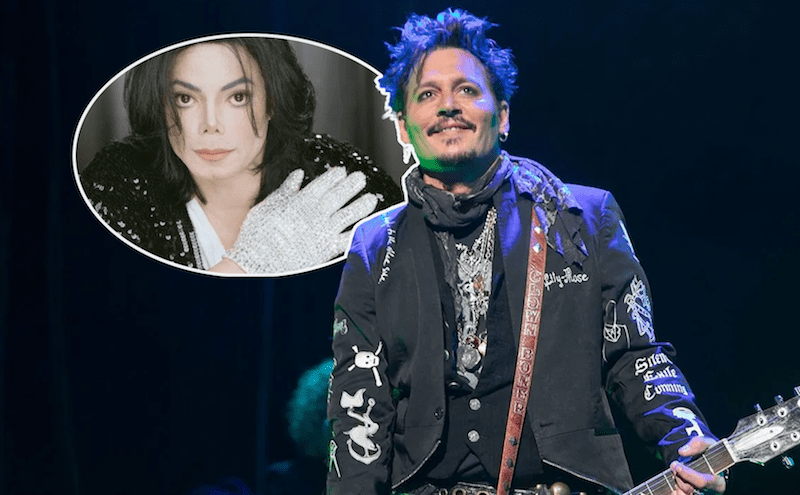 In spite of the revelations in HBO’s Leaving Neverland, there are somehow more Michael Jackson projects in the works than ever. Bohemian Rhapsody producer Graham King is reportedly working on a biopic, and MJ: The Musical is set to moonwalk onto Broadway in the summer of 2020. Now, there’s yet another musical in motion — and it’s weirder than you can possibly imagine. Johnny Depp is producing a show from playwright Julien Nitzberg that will be told from the perspective of the King of Pop’s iconic white sequined glove.

The full thing is titled as ridiculously as the concept: For the Love of Glove: An Unauthorized Musical Fable About the Life of Michael Jackson, as Told by His Glove. Opening January 25th in Los Angeles, the show will “look into the strange forces that shaped Michael and the scandals that bedeviled his reputation.” Those forces apparently include the singer’s favorite glove, which as Nitzberg writes it, is an alien being questing for the blood of youths.

Update: More details about For the Love of Glove have been revealed, including cast members and information about the production’s musical offerings. It’s also revealed that Depp is not involved in the project.

It gets crazier, as the play’s real-life actors will perform alongside life-size puppets representing a number of figures from Jackson’s life. The Jackson 5, Donny Osmond, Emmanuel Lewis, Corey Feldman, and even Bubbles the Chimp will all be represented in felt.

Nitzberg told Page Six that the idea actually manifested 17 years ago while he was in meetings with “a major TV network” for a true Jackson biopic. “…The question came up [about] how to deal with the child-abuse allegations,” Nitzberg recalled. “I said, how’s this? Everything MJ has been accused of has actually been caused by his glove, which is actually an alien from outer space [and] feeds on virgin boy blood. They laughed and said, ‘Can you do the normal version?'”

The playwright found it “morally kind of repugnant to me to do” the story without addressing the child-abuse allegations. “I turned down a real big paycheck,” he said. Now that he has the backing of Depp and the actor’s Infinitum Nihil production company, he’s ready to bring his strange satire to the stage.

This isn’t the first time someone has tried to tell Michael Jackson’s story from a peripheral perspective. Taika Waititi was attached to Netflix’s animated Bubbles, which would have centered on the pop star’s pet chimp, until the plug was pulled following HBO’s documentary.