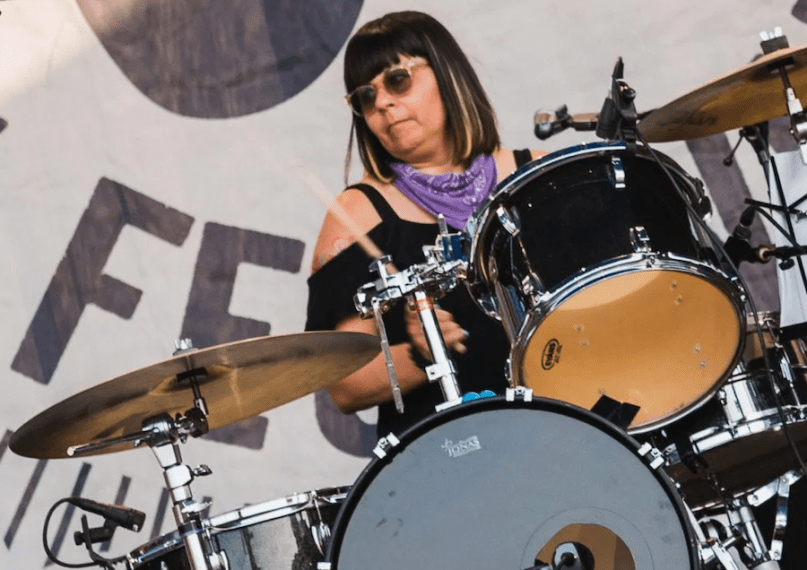 Janet Weiss has spoken for the first time about her decision to leave Sleater-Kinney. The drummer gave an interview on the podcast The Trap Set with Joe Wong in which she discussed her role on the band’s new St. Vincent-produced album, The Center Won’t Hold, and how it was the catalyst for her stepping away.

According to Weiss, bandmates Corin Tucker and Carrie Brownstein told her at some point that “the rules changed within the band.” Those two were to be the driving creative forces, which left Weiss feeling unequal. “I said, ‘Am I just the drummer now?’ They said yes,” she told Wong (via Rolling Stone). “And I said, ‘Can you tell me if I am still a creative equal in the band?’ And they said no. So, I left.”

Of course, it wasn’t an easy decision for Weiss, and the band even went through counseling before she made her choice. She expressed lasting admiration for her former bandmates, saying she “will never play with two people like that again. They are totally unique, incredible, intuitive players. It’s a lot to walk away from. It’s my sisters, my family.” However, she added, “But I couldn’t be in that band and have it not be equal, especially with what it represents to me. It represents equality.… How can we be fighting for equality and not have it in our band? It just became a disconnect.”

Weiss further related how the dynamics in Sleater-Kinney had shifted in Tucker and Brownstein’s favor, while also emphasizing she felt no animosity:

“They’re not evil people. I just think the two of them are so connected and they really agree on almost everything, they just thought, ‘We’re gonna take this band somewhere and we want to be in charge of that, the two of us.’ I think I was a threat to where they wanted the band to go, and who I am, and that felt bad to me.

They had very specific ideas of what they wanted, and I just didn’t fit anymore. We couldn’t get on the same page. It was really hard, it was not something I took lightly at all… But I love them and they seem happy. They’re doing the thing the way they want to do it. It doesn’t have to be the three of us; it could be this pure thing with the two of them.”

As for why she chose to back away right before the group’s album release and tour, Weiss said, “The new record was made sort of without me and it would have been challenging to get up there on stage and deliver those songs like they were mine, when they weren’t mine at all. It just got real lonely for me.”

Brownstein previously commented on Weiss’ decision to leave. “What am I supposed to say? She left,” she wrote in an Instagram comment. “We asked her to stay. We tried. It’s hard and sad.”

With new drummer Angie Boylan of Aye Nako and Freezing Cold in tow (along with St. Vincent keyboardist Toko Yasuda and Sky Larkin’s Katie Harkin), Sleater-Kinney are currently touring behind The Center Can’t Hold. Get tickets to their upcoming dates here.

Though Weiss may not be with the band anymore, she can still take pride in having been part of their record No Cities to Love, one of the Top Albums of the 2010s. Hopefully she can get back to drumming soon; she was involved in a scary car accident back in August. A GoFundMe page was launched to help cover her medical expenses, and she is making progress in her recovery. “I am lucky my injuries will heal and I’ll be back at it in a couple months,” she told Wong.

Meanwhile, Tucker was a recent guest on Kyle Meredith With…, discussing the change in sonic direction the band made for The Center Won’t Hold. Listen to that interview below.