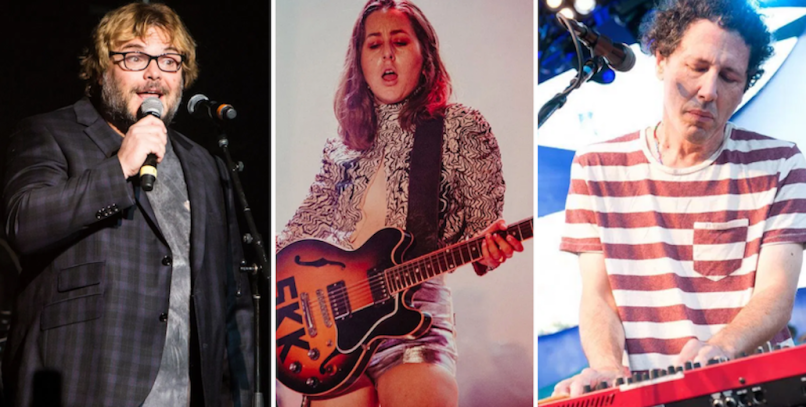 Inspired by Yo La Tengo’s annual run of Hannukah shows, the all-star holiday album Hanukkah+ is now available to stream. The 12-track LP includes covers and original songs by Yo La Tengo themselves alongside Jack Black, HAIM, and more. Listen to it below via Apple Music or Spotify.

Hanukkah+ was produced and curated by Randall Poster, who reached out to Jewish and non-Jewish musical friends alike to help celebrate the Festival of Lights. The result is a holiday compilation that sees Black contributing a version of the traditional tune “Oh Hanukkah”, HAIM covering Leonard Cohen’s hymn-like “If It Be Your Will”, and a Yo La Tengo original called “Eight Candles”. Other new songs include The Flaming Lips-penned “Sing It Now, Sing It Somehow”, Loudon Wainwright III’s “Eight Nights A Week”, and Adam Green’s track “Dreidels of Fire”. Alex Frankel, Buzzy Lee, Tommy Guerrero, Watkins Family Hour, and Craig Wedren also feature on the LP.

Speaking of how their annual eight-night residency at New York City’s Bower Ballroom inspired the collection, Yo La Tengo said in a statement, “When our old friend Randy Poster asked us to contribute to an album of Hanukkah songs he was putting together, we were kind of stumped. As non-practicing Jews (and non-Jews), truthfully the holiday has little meaning for us (that’s the meta joke behind Yo La Tengo’s Hanukkah shows), but we were open to inspiration.”

Hanukkah+ is available now as a digital download and will be out on vinyl December 13th via Verve Forecast. Pre-orders are currently ongoing.

Stream the full album below.