Carly Simon recalls interaction with Donald Trump: He “was all over me like ugly on an ape” 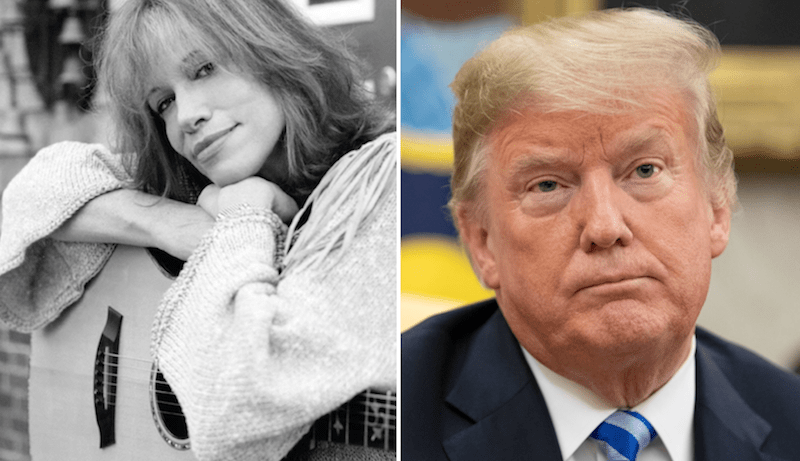 Considering her most iconic song is about vanity, it probably would surprise no one to learn Carly Simon is not a fan of notorious narcissist Donald Trump. It’s not just his public image that drives her distaste for the POTUS, however, as it turns out she had a first-hand experience with the man that she described as “repulsive.”

Speaking in an interview with The Guardian, Simon recalled meeting Trump back when he was just a reality TV star. (Read: The good ol’ days.) The exact timing of the event isn’t clear, but it took place at a New York luncheon for Pakistan prime minister Benazir Bhutto, who was assassinated in 2007, giving it a vague timestamp.

Apparently, Trump was mostly focused on the “dignitaries” present at the gathering, not paying Simon any mind. “Why would he?” she asked rhetorically. However, after Bhutto took her aside for a private chat about her music in the adjacent bedroom, Trump’s attentions shifted.

“When I went out of the bedroom, obviously I had all of a sudden become important through the eyes of Donald Trump,” Simon recalled. “So he was very anxious to meet me and invited me to Mar-a-Lago and was all over me like ugly on an ape.”

Simon said she rejected the invitation because, in her words, she “thought he was kind of repulsive.”

Elsewhere in the interview, Simon touched on her opinions of another political figure, Bill Clinton. She gently lamented that his presence in the discourse leading up to the 2020 elections has essentially been quashed in the #MeToo era:

“That’s so sad because, to me, he’s a tremendous asset and he’s such a charismatic and brilliant, brilliant man, and whatever lesson he had to learn, he learned it. It was of a particular time where there was a hairline of a difference between then and now. He didn’t do himself proud, but that’s passed, that’s over with, and now let his brilliance shine through.”