The teenaged pop megastar reflects on her quick, meteoric rise 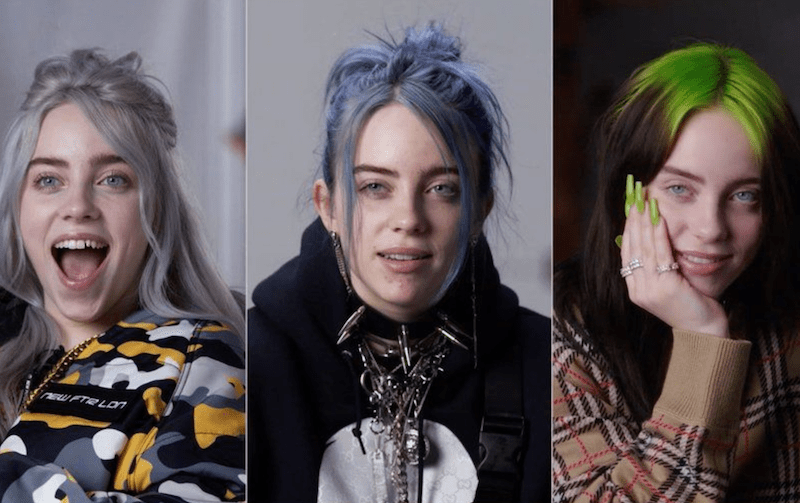 A lot has changed for Billie Eilish over the last three years. The 17-year-old pop singer went from viral sensation to Consequence of Sound Rookie of the Year to Grammy-nominated megastar. Given her swift rise, you have to wonder how the young artist has handled the fame. Well, wonder no more, thanks to an ongoing interview series with Vanity Fair. Eilish recently sat down with the magazine for the third straight year, answering the same questions and watching how her younger self responded.

Like a microscopic version of Richard Linklater’s Boyhood, the interview presents a fascinating and insightful look at the growth of an actual human. Occasionally it’s typical teenage stuff (“My skin was so bad, Jesus. Look, I’m glowing now! My skin got better!”); other times there are poignant signs of maturity. When asked the advice she’d give her 16-year-old self, Eilish said, “remember who her best friends are and remember who the people who care about her the most are. And not throw that away for somebody else or something else.”

Of course, it’s all filtered through the lens of extreme fame. In Eilish’s own words, some of the biggest things to happen since she first started talking with VF are finishing her Grammy-nominated, chart-topping debut, When We All Fall Asleep, Where Do We Go?; playing the Saturday Night Live season opener; making the cover of Rolling Stone; and having Drake’s phone number. Her Instagram followers have grown from 257,000 to 40.7 million. Leonardo DiCaprio watched her perform side-stage at SNL — and he wasn’t even on the show.

Thankfully, she’s taken all the notoriety in impressive stride. Though she said she used to hate fame, Eilish now thinks it’s “very cool” and is “grateful for it.” “Success is not how people know you, it’s how you’re looked at. I genuinely did not think people would care,” she said earnestly. “I can’t even stress it enough. I can’t believe people care so much… about me. It’s crazy to me.”

Elsewhere in the chat, Eilish revealed who her new favorite artist is, how rough her opening to 2019 was, and what sort of negative fan interactions she’s had as she’s gotten bigger. Watch the whole thing below.

Despite only dropping her debut album this year, Eilish ended up on our lists of Top 100 Albums and Top 100 Songs of the 2010s, as well as the Top 25 Pop Albums and Pop Songs of the Decade.