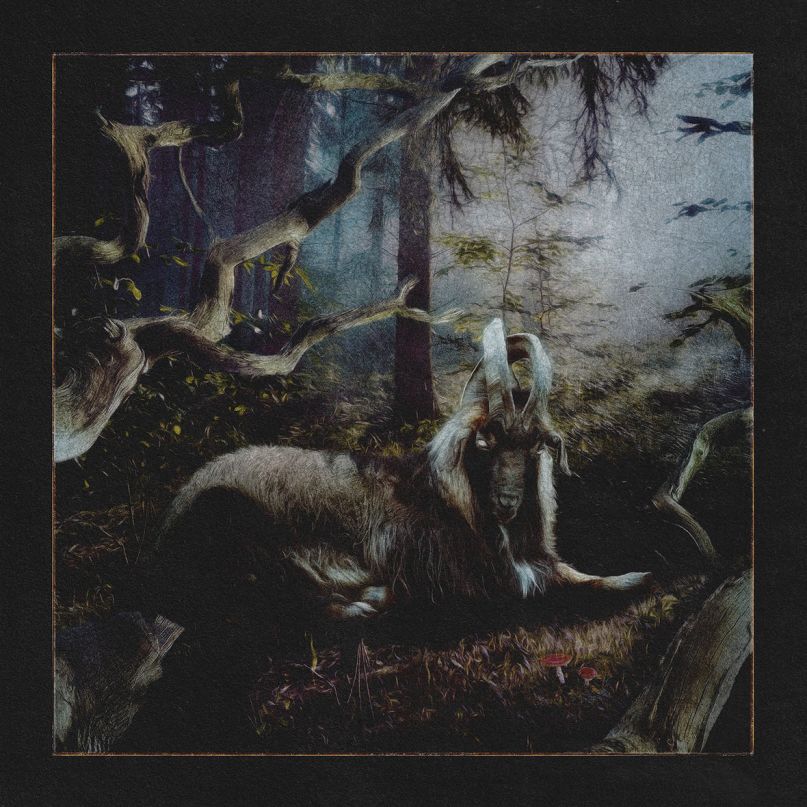 The Lowdown: “Feet of clay” is a phrase from the Book of Daniel in the Old Testament about an idol made of metal (iron legs, brass body, golden head) and clay feet that symbolized a empire liable to break apart at its very foundation. And Earl Sweatshirt’s surprise 15-minute new “album” named after it was described by him as such, “a collection of observations and feelings recorded during the death throes of a crumbling empire.” Now free from his label deal, we should expect a lot more curveballs like this from the increasingly discursive rapper, whose 2013 debut, Doris, was positively radio-friendly compared to the subterranean depressions of 2015’s I Don’t Like Shit, I Don’t Go Outside and 2018’s self-produced sample collage, Some Rap Songs.

The Good: Short rap albums are in vogue, and Lord hope they stay that way, but 15 minutes is truly a molten, compressed golf ball. As with Some Rap Songs, Earl’s dense, unassuming flow is mixed almost equally alongside labyrinthine samples and buried-alive drums like a particularly busy piece of mosaic art. Since you can miss most of these songs (mostly self-produced again with help from Alchemist, Mach-Hommy, and Ovrkast) in a blink, it’s hard to get a handle on which way is up, but as with Some Rap Songs, the best moments are worth the trouble. “East” loops a snatch of Balkan accordion and screeching strings for two minutes in a vision quest where Earl realizes that losing his phone makes him lose all the feelings he caught for a girlfriend in turn. It’s stuffed with koans like “Don’t call me brother no more/ I keep my sentences short.” Even better is “El Toro Combo Meal”, where Earl and guest Mavi reflect on death and reference both Harry Potter and Spirited Away over Ovrkast’s gorgeous loop of crumpled-wastebasket soul and a tense drum fill.

The Bad: Like its predecessor, Feet of Clay is such a maze of compellingly crudded-up soundwork that it’s hard to focus on the words without keeping Genius open in one tab, and it doesn’t help that Earl’s double-encrypted flow is as impenetrable as it’s ever been. This isn’t a bad thing for the listening experience, which ranges from pleasantly abstract to hypnotically haunted. But for the meaning experience, it’s hard to connect the words, especially to the possibly political theme, except to discern that Earl isn’t proud to be drinking off the Trump years. This is by design, as the “East” video also makes it difficult to focus on any one image (and it’s a little disturbing in context to see him holding a beer in it).

The Verdict: At this point, Earl’s rapping for his cult, who are happy to scrounge for whatever significance they can excavate when he rhymes “noose” and “pugilistic.” For the rest of us, he unveils an enticing out-of-focus movie every few years that occasionally paints an emotional picture like “I watched a child get introduced to violence” from “OD.” Aside from the two obvious highlights, a moody, bluesy beat like “74” or the extra-scrambled musique concrete rattle of “Tisk Tisk / Cookies” perk up the ears without easy entrances, and those impressionistic, monotone lyrics probably mark the difference between an interesting record and a gripping one. Some Rap Songs was a few hairs more rewarding in this mode, but Earl Sweatshirt’s cemented a signature mood and production style unlike anyone else’s, and since he’s growing more thoughtful every year, there’s good reason to believe he’ll perfect it. Unfortunately, it also seems that every year he’s growing more depressed as well.