Doja Cat Scratches at Her Potential on the Mixed Hot Pink 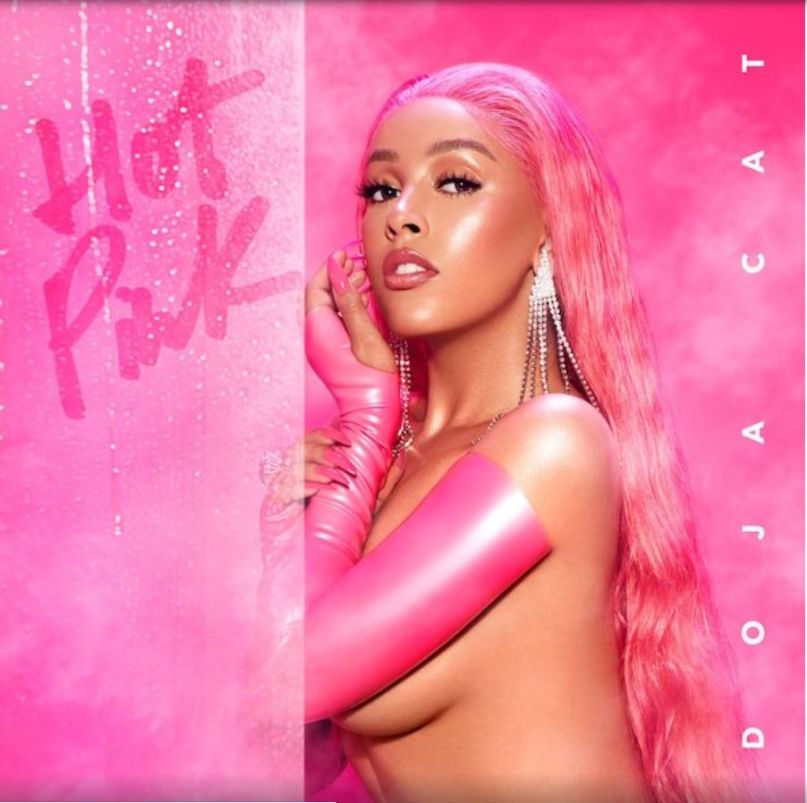 The Lowdown: There’s no one quite like Doja Cat. You might recognize the 24-year-old rapper, singer, and producer from her viral hit, “Mooo!”, which has garnered almost 60 million views on YouTube and features her frolicking with french fries up her nose. If you’re on Tik-Tok (which you should be: Swallow your pride and join the teens because it’s funny, ok?), you’ve undeniably heard “Tia Tamera”, a track with Rico Nasty that’s laced with so many pop culture references it’ll make your head spin. And although she often dresses like a kindergartner, the subjects of her songs are anything but juvenile: Doja is known for uninhibited sexuality ushered in by her commandeering presence. Now with the release of her second album, Hot Pink, Doja attempts to instead be known for her range.

The Good: Hot Pink is not an incubator for the next Tik Tok-friendly hit. In some ways, it defies exactly what might be expected of Doja. It’s controlled, cohesive, polished, and speckled with traditional pop hits (“Say So”, “Bottom Bitch”). Although some of her other singles seem lovingly scattered but random (and according to interviews, were indeed random), this album seems entirely flushed out and concise.

Some of the best tracks on the album come when Doja is branching out from her fairly established sound. “Addiction”, sounds like it could be a Kali Uchis song, with everything from the sultry speech as a lead-in and the high-pitched tone. Doja sounds great, but just as you settle into hearing her in that manner, she switches it up again: What follows is “Streets”, a melancholy R&B track that sees Doja in her most serious form. “I can’t sleep no more/ In my head, we belong/ And I can’t be without you/ Why can’t I find no one like you?” she breathily confesses.

That’s not to say that Hot Pink is off-brand, though. The album’s opener, “Cyber Sex” showcases precisely what Doja does better than anyone else: Over an effervescent beat that sounds like it’s straight out of Super Mario Bros., Doja explicitly notes how she wants to have Facetime sex. Her cartoon-like persona inexplicably meshes with her unabashed sexuality and bravado.

The Bad: The number of songs that have gone viral this year is immeasurable, but the number of said tracks that have then translated into a successful album is very much countable: It’s zero. Perhaps the best example of this is Lil Nas X’s “Old Town Road”, which was probably the most influential song of the year but now lives on an EP that was universally a flop. Although Doja’s case is not quite as severe, the larger context is key: Her irreplicable videos and internet presence does not manifest into an equally compelling album.

At times, Hot Pink is a bit insubstantial and reductive, especially during the stretch between “Bottom Bitch” and “Talk Dirty”, which is composed of four extremely watered-down songs (and one painfully ineffective Gucci Mane verse). The problem might be rooted in comparison: We know and love Doja for her shock factor, her uncanny weirdness, her bubbling humor, much of which is missing from this work. Instead, in the name of cohesion and maybe even maturity, the album at times seems to drift into the boring zone.

The Verdict: What Hot Pink lacks in layers of ridiculousness expected from a Doja Cat album, it makes up for in its versatility. It serves as a testament to Doja’s skill set: Her singing, rapping, and producing shine effortlessly on the record on tracks that range in genre and topic. Whether she’s channeling her Summer Walker-esque sadness or delivering an ultra-pop smash hit, Doja never waivers. More so, Doja unveils layers of her usually untouchable self, which seems like we’re being let in on a secret. There’s no question that she’s in control throughout the record, even as the format reveals some weaknesses.