The follow-up to 2015's Contrepoint drops in January 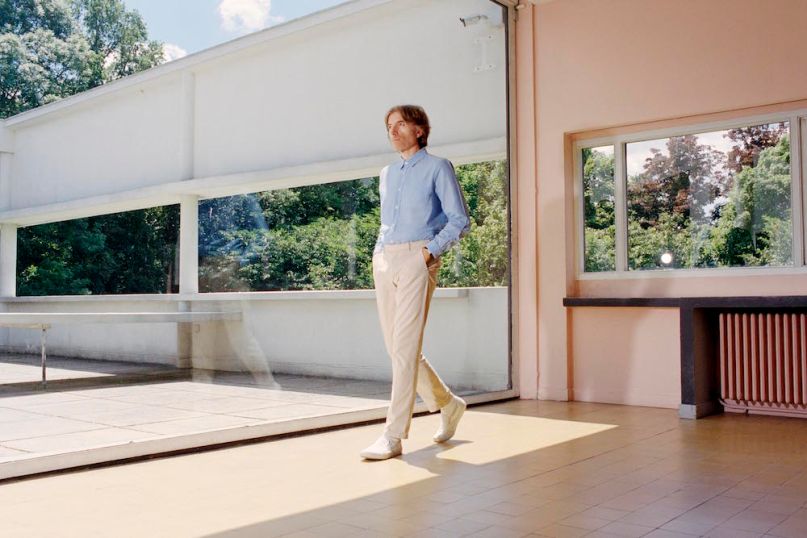 Air co-founder Nicolas Godin is prepping his first solo album in five years. Dubbed Concrete and Glass, it’s due out on shelves January 24th through Because Music. Today’s announcement is also paired with a new single, “The Foundation”.

Concrete and Glass follows up on 2015’s Contrepoint. It collects together a total of 10 tracks, including titles such as “Back to Your Heart”, “Turn Right, Turn Left”, “Time on My Hands”, and last month’s “The Border”. Additionally, the LP features guest appearances from Alexis Taylor of Hot Chip, Kirin J Callinan, and Kadjha Bonet, among others.

The forthcoming record, described by a press release as “mounted with minimalist precision and delivered with an abundance of pop warmth,” is being previewed with “The Foundation”. A collaboration with Cola Boyy, Godin explained the single thusly,

“Pierre Koenig’s Case Study House #21 was the starting point for this song. Well, at least that’s how I presented the music to its future singer, Cola Boyy. I told him about the project’s architectural origins, explaining that he must let his own personal inspiration run free for the lyrics. I always thought that a concept was always the perfect way to start a record, but then you should soon let the music take over. A good record is one in which the music seizes control pretty fast. I’ve applied this rule to each album I’ve been lucky enough to record, with only one mantra: ‘It’s the music that decides’. This song is the perfect example of this”.

Check out “The Foundation” via its official video, shot entirely on 16mm film. For the clip, director Greg Barnes said he was inspired to create something of the sci-fi variety. “The synth-led, ethereal momentum of the track felt so out-of-this-world and intrepid all at once,” he commented, “the concept of mankind exploring space fell into place almost immediately, and the excitement of creating a sci-fi visual for the song stayed with me throughout the whole process.”

Pre-orders for Concrete and Glass have begun.