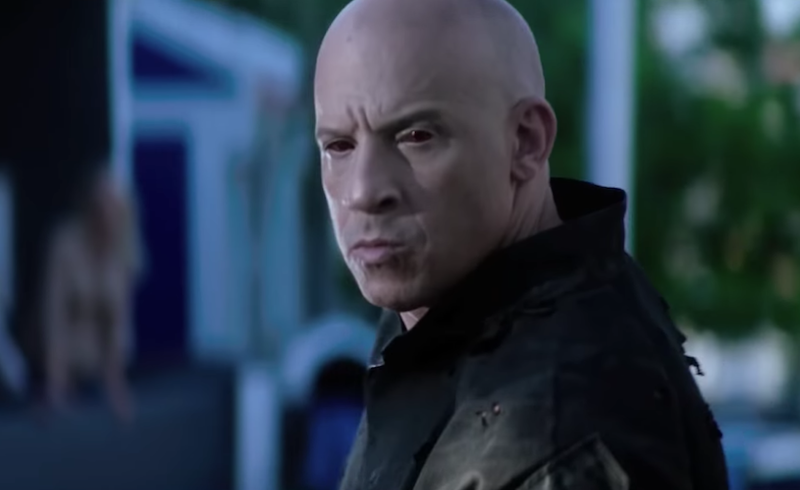 Vin Diesel has been a vital part of the Marvel Cinematic Universe, even if all he’s had to do is bellow, “I am Groot” a bunch. Now, the actor gets a chance to be the cornerstone of a whole new comic book franchise, as he stars as the title character in Bloodshot, the first big-budget adaptation of a Valiant Comics series.

Bloodshot focuses on the title character, a Marine born Ray Garrison (Diesel), who is killed in action only to be brought back to life by the secretive science corporation RST. Reborn, his blood is filled with nanobots that increase his strength and grant him the ability to heal almost instantly from any injury or attack. As Bloodshot, he heads out to seek revenge on those who killed him and his wife. But it turns out RST hasn’t just upgraded his body, as they’ve taken control of his mind as well… and the vengeance he craves may not be his own.

Our first look at the movie comes in the new trailer, which shows that Diesel’s transition into the character’s classic comic look — pale white skin, glowing red eyes, and a big red circle on his chest — may be a gradual one. Check out the preview below.

Bloodshot was meant to be the opening entry in a planned five-film first stage of Sony’s Valiant Cinematic Universe. A sequel and two films based on Harbinger were meant to be next, culminating in the Harbinger Wars crossover. Fan-favorite character Faith Herbert a.k.a Zephyr was also expected to get a film, though perhaps only after debuting in Harbinger.

However, these plans are now up in the air after the rights to Harbinger reverted back to their original home at Paramount. While the creative team of Justin Tipping (director/co-writer) and Joshua Beirne-Golden (screenwriter, working off Heisserer’s original draft) have moved with the studio, Bloodshot has been left behind. Still, Valiant hopes it can pull off a VCU without the character, as they still plan on keeping properties like X-O Manowar, Eternal Warrior, and Archer & Armstrong under one roof.

In other words, we have another Spider-Man/MCU situation on our hands, and look who’s in the center of the storm once again: Sony. Maybe Diesel can take a page from his Infinity War co-star Tom Holland’s book and mediate between Sony and Paramount.