Tupac Shakur is alive (and white, and also on meth) 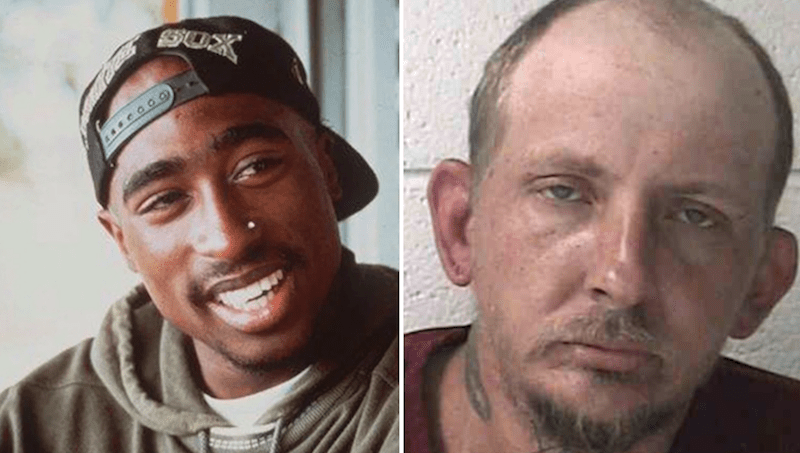 Tupac Shakur is alive and unwell. As the Johnson City Press reports, he’s been arrested in Johnson City, Tennessee on charges of aggravated assault, resisting arrest, simple possession of methamphetamine, and having unlawful drug paraphernalia.

Many conspiracy theorists will feel vindicated; Shakur’s return has long been predicted, ever since he rapped, “Expect me like you expect Jesus to come back” on the posthumous album Better Dayz. Fans have been patiently waiting, but perhaps they’ve been looking in the wrong places. Honestly, did anyone even check the caucasian meth-heads? That’s right, folks, Tupac Shakur is a white drug addict.

In actually, this Tupac Amaur Shakur is a 40-year-old native of Elizabethton, Tennessee with a long history of criminal activity. At some point, he decided to change his name to exactly match that of the late rapper. He was arrested on Saturday night after police were alerted to his whereabouts and went to pick him up on a number of warrants. Shakur managed to flee the scene, but officers caught up to him a few hours later. The suspect pulled out a knife before officers wrestled him to the ground and brought him into custody.

Shakur had several baggies of meth in his possession, in addition to a syringe. He’s being held on an $18,000 bond and is expected to be arraigned today.

As of press time, it’s not known whether this particular Tupac can rap, but he should have more than enough bars in jail.