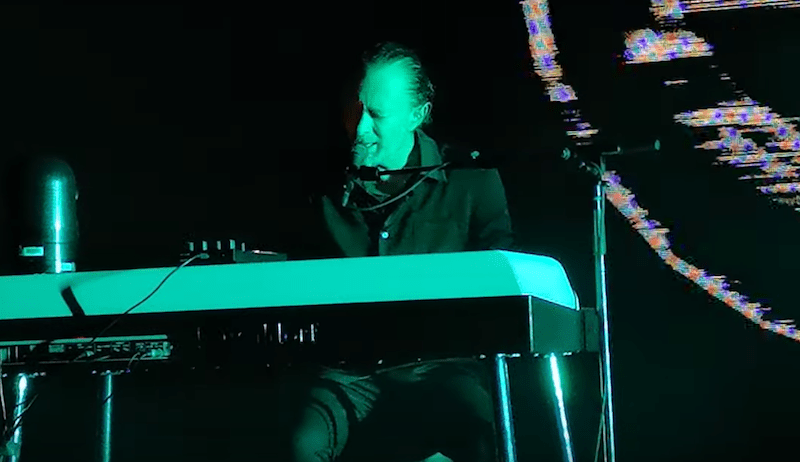 During his second encore at the Greek Theatre in Los Angeles on Tuesday night, Thom Yorke surprised the crowd by giving a live debut of his latest solo song “Daily Battles”.

The Radiohead frontman penned the track at the personal request of Edward Norton for his upcoming directorial effort, Motherless Brooklyn, an adaptation of the Jonathan Lethem novel of the same name. The final version, featuring Yorke’s Atoms for Peace bandmate Flea, was unveiled in August ahead of the film’s forthcoming November 1st release.

With Norton himself watching on, Yorke approached the live version with simplicity, his quivering falsetto pulling the soft keyboard chords like a marionette. As he moved through the lyrics, “Upon its cause/ We can’t remember,” the singer abruptly broke the audience’s trance by stopping and jokingly saying, “nobody knows that.”

Yorke’s fall tour dates have wrapped, but luckily he recently extended his upcoming schedule deep into summer 2020. Similar to past performances, the singer will be playing songs from throughout his solo catalogue, including his recent Anima LP. He’ll again be joined on the road by Radiohead producer Nigel Godrich and visual artist Tarik Barri.

Get tickets to all his upcoming dates here, and watch the “Daily Battles” performance below.