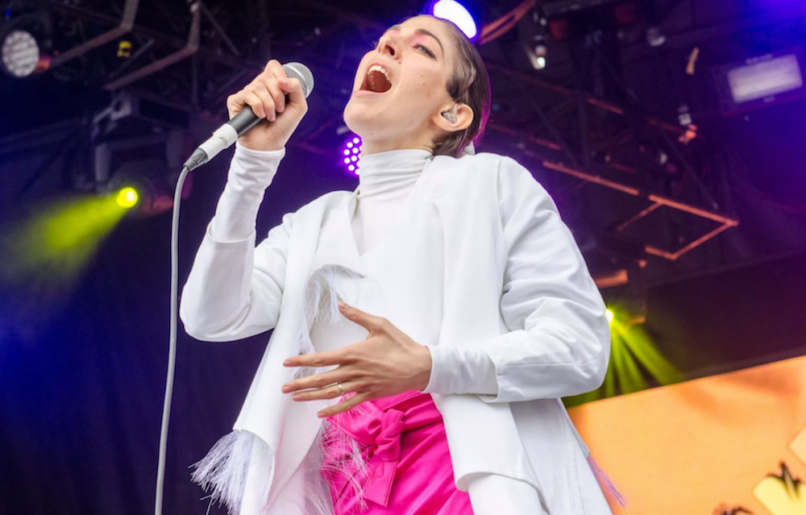 Due out through Columbia, Pang spans 14 tracks, including the early previews “Ocean of Tears”, “Door”, and “So Hot You’re Hurting My Feelings”. The entire project was executive produced by Danny L Harle, also of PC Music fame.

In a statement, Polachek talked about her “So Hot” single and its connection to Nickelodeon’s Ren and Stimpy (!). She explains,

“The song is about being painfully far away from someone you’re crazy about but still trying to keep your cool, which as everyone knows is a private kind of hell. I was thinking about the watercolor scenes in Ren and Stimpy where they’d depict the inside of their minds, and also the sequence in Disney’s Little Mermaid when Ariel’s voice gets pulled out of her…it’s all so psychological. But the thing about personal hell is there’s a lot of time to kill and there’d better be a dance routine…so I played with the shapes from American line dancing and Scottish folk dance – they both have lots of kicking and stomping and hands on hips.”

Polacheck has a short run of fall and winter tour dates, tickets for which can be purchased here.