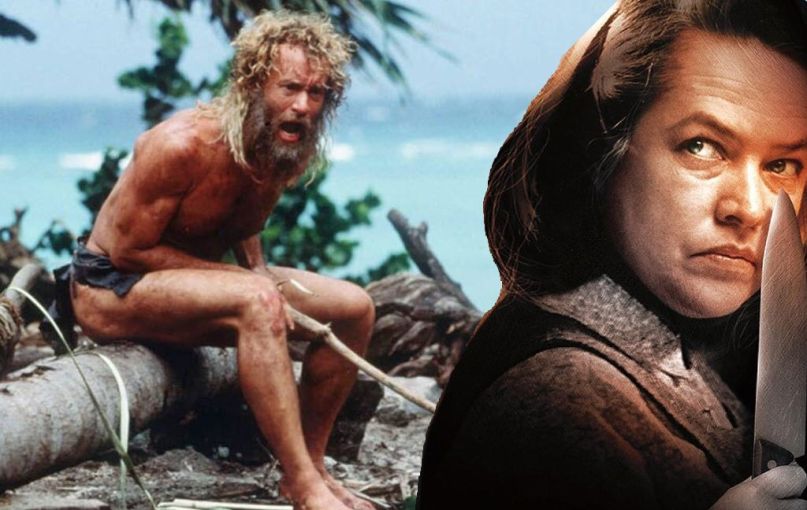 Cast Away and Misery

Sam Raimi has finally found his next film — we can only hope. According to The Hollywood Reporter, the veteran filmmaker is re-teaming with Columbia Pictures for an untitled horror project that will take him out to the islands.

Written by Mark Swift and Damian Shannon (2009’s Friday the 13th), the film is being described as “Misery meets Cast Away.” There’s no other details, so just imagine a nutbar fan chasing someone like Tom Hanks on a remote island.

“I am thrilled to be reunited with Columbia Pictures and re-teaming with Sanford (Panitch, Sony’s motion pictures group president) and Ange (Giannetti),” said Raimi in a statement. “I have been a fan of Shannon and Swift and we have found the perfect adventure to share with the world.”

Raimi will direct and produce through his Raimi Productions. If you recall, he’s previously been linked to Shannon and Swift through that Bermuda Triangle project that reportedly is still being developed over at Skydance.

It’s been a longtime coming for the guy. Although he’s produced some incredible films over the last decade — this summer’s Crawl, most recently — he hasn’t directed a feature film since 2013’s Oz the Great and Powerful. So, it’s nice to have him back.

In related news, Bruce Campbell also recently confirmed that Raimi and his team found a new filmmaker to tackle another Evil Dead movie. The two also produced the 2013 remake directed by Fede Alvarez, so stayed tuned for more information there.

Raimi will also be directing an episode of Quibi’s 50 States of Fear.