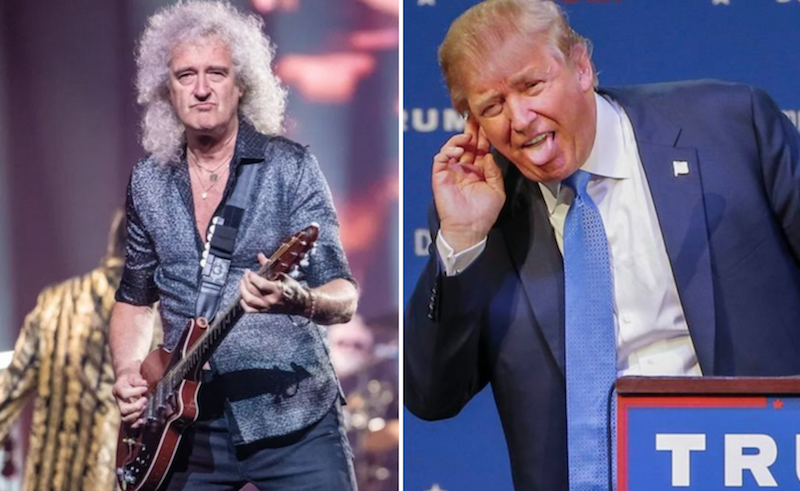 Another musician has taken action against Donald Trump’s Twitter account. This time, Queen has filed a copyright infringement notice over the unauthorized use of their song “We Will Rock You” in a campaign video.

A clip tweeted by Trump on October 9th features footage of a Trump rally with Queen’s 1977 hit playing in the background. According to Buzzfeed News, a representative for the band confirmed the use was unauthorized and that the band had already begun the process of blocking Trump from using any Queen song copyrights. The video has since been removed from Twitter, but not before it’d racked up more than a million views.

This is nowhere near the first instance of Trump using music without permission. Just this month alone, he violated a written agreement with Prince’s estate by playing “Purple Rain” at a rally, and co-opted Nickelback’s “Photograph” for his own trolling attempt against political adversary Joe Biden.

In fact, it’s not even the first time Trump’s done this to Queen. He pulled this same shady maneuver during his 2016 campaign, when he used the band’s hit “We Are the Champions” at at the Republican National Convention. He’s likely far from done stealing from musicians.

Or from other Internet trolls, for that matter. A parody clip that inserted Trump into Kingsman: The Secret Service and depicted him killing his political and media rivals was recently played at a pro-Trump political conference.

Don’t expect this video — which uses Queen’s “We Will Rock You” in its entirety — to remain up for long.

A rep for Queen told me tonight that the band “has already entered into a process to call for non use of Queen song copyrights by the Trump campaign. This is ongoing.” https://t.co/VTLRnLx87p