"Like you – and everyone else – we are stuck in this fossil-fuel economy and without systemic change, our lifestyles will keep on causing climate and ecological harm" 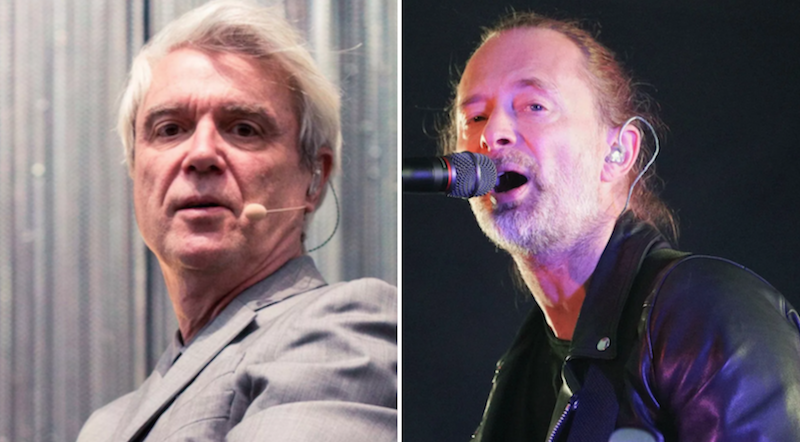 In recent days, London has been rocked by climate change protests organized by the grassroots organization Extinction Rebellion. To draw attention to the worldwide crisis, protestors have laid down in roads and climbed on top of Tube cars. The government has responded by banning the group, and it is currently illegal for any two people associated with Extinction Rebellion to publicly assemble. That hasn’t stopped celebrities from endorsing Extinction Rebellion, which has led trash conservative tabloids like The Daily Mail to dump on protesters and celebrities alike. After all, touring musicians have demanding travel schedules, which burns a lot more fossil fuel than your average daily commuter. Well, today, over 100 musicians, actors, and artists, including Thom Yorke, David Byrne, Brian Eno and more, responded in an open letter. “Dear journalists who have called us hypocrites,” it begins. “You’re right.”

The letter continues, “We live high carbon lives and the industries that we are part of have huge carbon footprints. Like you – and everyone else – we are stuck in this fossil-fuel economy and without systemic change, our lifestyles will keep on causing climate and ecological harm.” The writers then lay out a kind of mission statement for high profile artists who utilize lots of fossil fuels.

“There is, however, a more urgent story that our profiles and platforms can draw attention to. Life on earth is dying. We are living in the midst of the 6th mass extinction. Climate change is happening faster and more furiously than was predicted; millions of people are suffering, leaving their homes and arriving on our borders as refugees. Alongside these people who are already paying the price for our fossil fueled economy, there are millions of children — called to action by Greta Thunberg — who are begging us, the people with power and influence, to stand up and fight for their already devastated future. We cannot ignore their call. Even if by answering them we put ourselves in your firing line.”

According to U.K.’s Carbon Disclosure Project, our climate crisis has more to do with big businesses than individual polluters. In fact, just 25 companies have been responsible for over half of all greenhouse gas emissions in the past three decades.