They're also scented with Frankincense 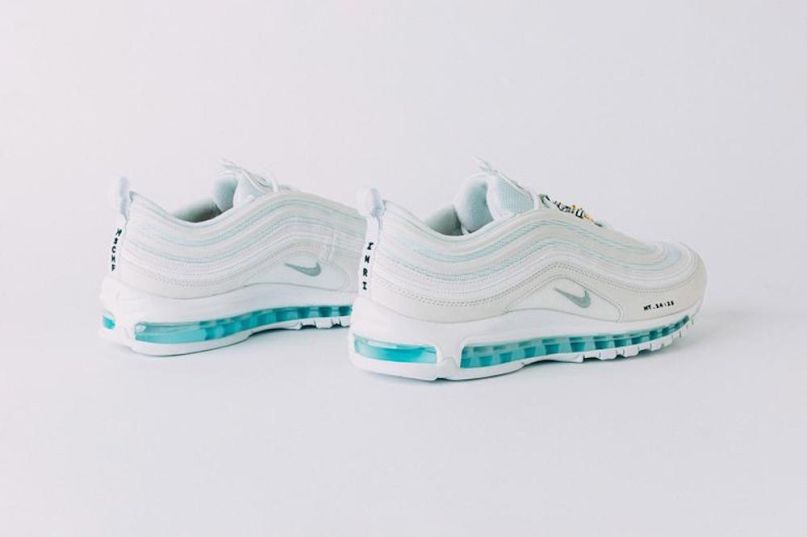 Jesus walks… and he’s wearing Nikes. The footwear company recently announced a new sneaker called “Jesus Shoes”, which are Nike Air Max 97’s filled with Holy Water and scented with Frankincense. They cost $1,425 and are already sold out.

In addition to the aforementioned flair, the “Jesus Shoes” also have a gold crucifix embedded into the laces, almost like a childhood charm or your grandmother’s most coveted necklace. The custom red insoles, seemingly mismatched with the all-white design of the shoe, was specifically chosen to match the traditional red shoes the Pope wears.

Because hype shoe art doesn’t stop on the shoe itself, let’s look at the box. According to a press release, the seal on the box is “modified from the official Papal Seal,” and the angel is excerpted from Albrecht Durer’s 1514 engraving Melencolia I, which links melancholy with creative genius and is currently on display at The Met.

If you’re wondering just what exactly makes the Holy Water in “Jesus Shoes” actually holy and not just tap water some dude did the sign of the cross above, the press release claims it was sourced from the Jordan River and then blessed. Who knows if we can trust the press release, though, because it also includes the following sentence: “The Vatican has mad style if you really look at it — dope engravings, crazy hats, everything blinged out with gold — so we wanted these shoes to allude to that.”

Check out more photos of the “Jesus Shoes” below. And remember to give thanks for being #blessed.