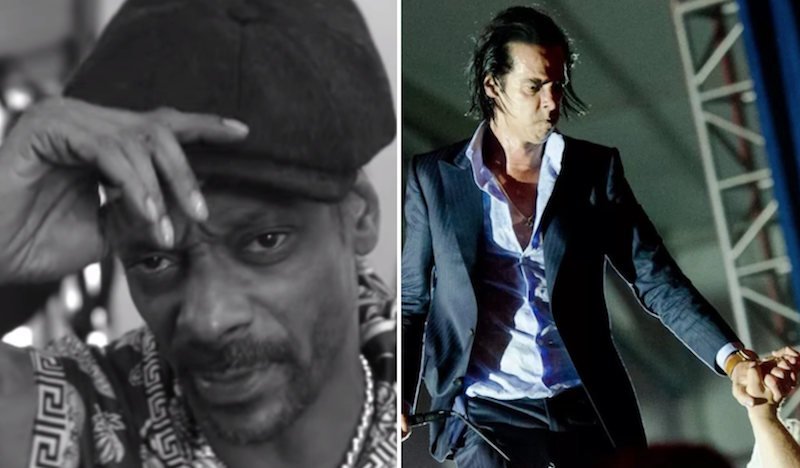 “Red Right Hand” is probably Nick Cave and the Bad Seeds’ best known song. It’s been covered many, many times, often in service to the BBC show for which it’s been the theme since 2013, Peaky Blinders. During a recent stop on his “Conversations Tour”, Nick Cave spoke about the long lifespan of his gothic folk hit. As NME reports, he even gave a nod of approval to a recent Peaky Blinders promotional rendition, one that happens to be by none other than Snoop Dogg.

Cave began by expressing some frustration with “Red Right Hand”, which he said “follows me around like a junkyard dog.” While it’s hard for any artist to escape their biggest hit, he was still attracted to Snoop’s g-funk take thanks to its irreverent playfulness. “Of all the versions, his is the one that I had a giant smile on my face after,” Cave said. “He didn’t perform it with great reverence, he just fucked around with it and reignited my love for that song.”

Cave’s revealing quote is pretty standard for the “Conversations Tour”, where the Australian icon weaves audience questions into his intimate piano performances. During the Chicago stop, Cave covered his script for Gladiator 2, his dogs, and the death of his son. Amidst the tour, Nick Cave and The Bad Seeds recently dropped their haunting new album, Ghosteen. There are still 13 stops remaining on the “Conversations Tour”, and you can snag tickets here.

(Read: This Week on Consequence of Sound Radio)