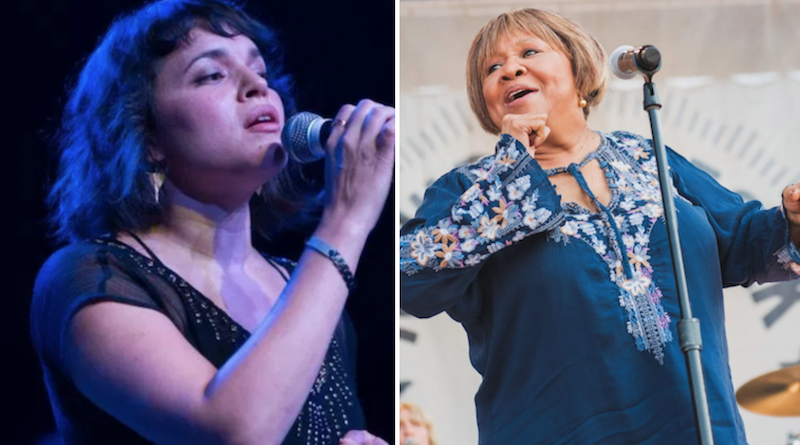 Norah Jones and Mavis Staples have joined forces for a new song called “I’ll Be Gone”.

Co-produced by Jones herself alongside the song’s writer Pete Remm, the gospel-tinged country ballad is soft, easy listening. Jones and Staples move vocally in tandem throughout as nonchalant piano, peppered steel notes, and steady drums swirl beneath them. The two lean into one another’s powerful voices for a lush, round sound, singing the lines, “Wish I could tell you that the sun was gonna shine/ I got a feeling that it still won’t change my mind/ Running out of time.”

This may the first time the singers have collaborated on a studio recording, but the two have perodically shared the live stage before. In a statement, Jones praised Staples, reflecting on the first time they met and sang hand-in-hand to honor Paul McCartney back in 2010: “She is a beacon of love and light. It is always an honor, a pleasure, and a dream come true to sing with her. I hope we get to do more of it”

Both artists have been busy supporting their respective recent records, Jones with Begin Again and Staples with her Ben Harper-co-written We Get By. They’re both out on tour, and you can find tickets to Staples’ concerts here and Jones’ here.

Listen to Norah Jones and Mavis Staples’ “I’ll Be Gone” below.

This is Jones second recent headlining-grabbing collab. She teamed up with Sharon Van Etten for a more subdued version of the latter’s “Seventeen” for the short film Departure.