The Home Alone star participates in the "Gigolo Game" 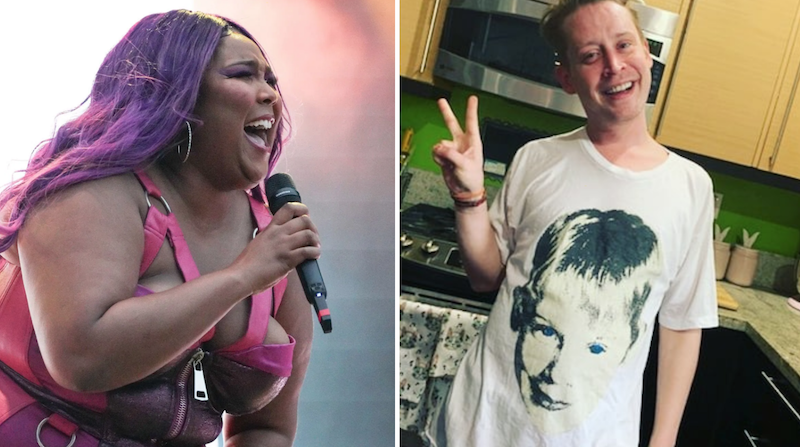 Lizzo’s live show is already a marvel, but she kicked it up an extra notch for her LA concert on Monday night thanks to an unlikely surprise guest: Macaulay Culkin.

The Home Alone star snuck on stage just in time for “Gigolo Game” as Lizzo and her fellow performers trade off dance moves for the others to mimic. When it was Culkin’s turn, the actor busted out something between “the sprinkler” and “the shoot,” and Lizzo and her dancers followed flawlessly. “Make some noise for Macaulay Culkin everybody!” Lizzo yelled out to the crowd while hugging Culkin. “Love you, baby.”

The Pizza Underground frontman shared a video from last night’s concert, writing as a caption, “When @lizzobeeating asks you to do a silly dance… You get up there and do a silly dance.”

Lizzo and Culkin’s friendship actually dates back to at least 2014 when Culkin appeared in the singer’s video for “Faded”.

In related news, Lizzo’s 2017 single “Truth Hurts” just went for the seventh week, tying the record for longest-reigning female rapper to have a No. 1 slot on the Billboard Charts. She still has a good stretch of tour dates ahead, get those tickets here.