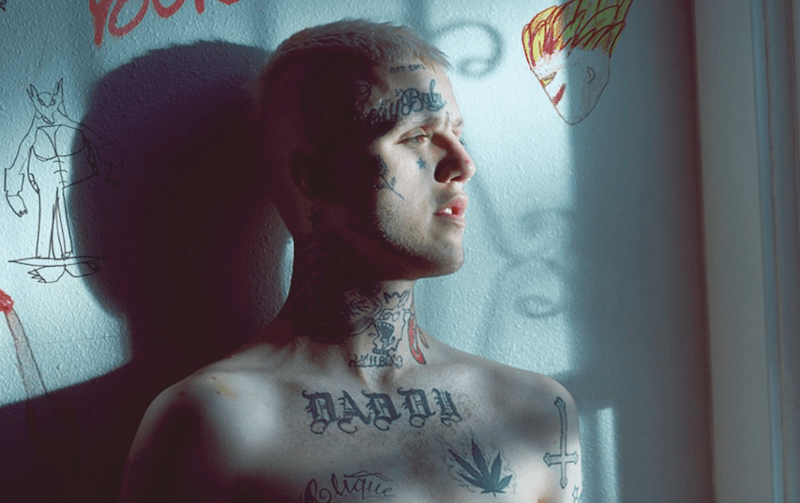 As we approach the two-year anniversary of Lil Peep’s death, the late rapper’s mother is seeking recompense for his loss. Liza Womack, whose rapper son died of an overdose in 2017, is suing his former management team in connection to his death.

In a lawsuit filed in the Los Angeles County Superior Court on Tuesday, Womack accuses three members of Lil Peep’s team of ignoring their responsibility to look after the rising star’s welfare and providing him with both illegal drugs and unprescribed controlled substances. She’s seeking unspecified damages for negligence, breach of contract, and wrongful death (via The New York Times).

The lawsuit specifically names manager Lil Peep’s label and talent agency, First Access Entertainment; Bryant “Chase” Ortega and Belinda Mercer, the tour manager on Lil Peep’s final tour in the fall of 2017. A number of accusations about the conduct of Sarah Stennett, a chief executive at FAE, are also made in the suit, though she is not named as a defendant. Womack alleges that despite knowing their client was “stressed, overwhelmed, burnt out, exhausted and physically unwell,” they supplied Lil Peep drugs to make sure he kept performing.

According to the suit, Stennett and First Access had an ethical and legal responsibility to help the young, impressionable Lil Peep, born Gustav Elijah Åhr, navigate his swift rise in the entertainment industry. Instead, the company treated him “as a commodity rather than as a human being.” Regardless of it they’re held responsible for supplying illicit substances, Womack’s attorney, Paul A. Matiasic, argues FAE “had the power, they had the influence and control over Gus’s career, and specifically this tour. There are duties associated with having that type of control.” Duties which, as the suit alleges, they failed to meet.

A handful of specific incidents mentioned in the suit support those allegations. There’s a claim Stennett provided Peep a bottle of pills at a 2017 dinner. In another case, she supposedly texted him, “I’m about to land at JFK. I have one 2m x and 4 x .25,” in reference to doses of Xanax.

Mercer, meanwhile, was apparently in a sexual relationship with Lil Peep during that final tour. The suit says she frequently supplied him with drugs, including ketamine, and was searched by drug-sniffing dogs and detained at the Canadian border on October 25th, 2017, just weeks before Peep’s death. Allegedly, Stennett was made aware of how dangerous the situation on the tour bus was becoming, but didn’t intercede.

Troublingly, the suit claims Mercer and other First Access associates saw Lil Peep looking “alarmingly unwell” on the night of his death, “but rather than seeking help or contacting authorities, Mercer instead elected to run a personal errand.”

In a Rolling Stone story published earlier this year, Stennett denied ever giving Lil Peep drugs, saying instead she was trying to comfort him by falsely promising to deliver pills. “I wasn’t there,” Stennett said. “Anybody who takes drugs makes a decision to take a risk.” She added Ortega attempted to help Lil Peep seek counseling to kick his habit.

Speaking with NYT, Womack said she felt the lawsuit “is something I must do as a mother. Based on her experience with her son, she’s worried other young artists are being exploited, and sees the suit as a step to make sure that doesn’t happen. “What Gus had to live through is actually horrifying to me, and I’m sure he’s not the only person his age in this situation,” she said.

Update – October 9th: First Access Entertainment has issued a statement to Variety responding to the lawsuit. Calling Lil Peep’s overdose “a terrible tragedy,” FAE said it is “categorically untrue” that any of their employees or Ortega could be “responsible for, complicit in, or contributed to his death.” The statement also said Womack’s “meritless lawsuit” is “extremely disappointing,” noting “she is well aware of the numerous efforts made by First Access and Chase Ortega to steer her son away from his concerning lifestyle choices.”

“Lil Peep’s death from an accidental drug overdose was a terrible tragedy. However, the claim that First Access Entertainment, any of its employees, or Chase Ortega, or anyone else under our auspices was somehow responsible for, complicit in, or contributed to his death is categorically untrue. In fact, we consistently encouraged Peep to stop abusing drugs and to distance himself from the negative influence of the drug users and enablers with whom he chose to associate.

It is extremely disappointing that Peep’s mother would file this meritless lawsuit, since she is well aware of the numerous efforts made by First Access and Chase Ortega to steer her son away from his concerning lifestyle choices. Unfortunately, in spite of our best efforts, he was an adult who made his own decisions and opted to follow a different, more destructive path.

After comprehensively reviewing the facts, the Medical Examiner ruled that Peep’s death was accidental; likewise, the Tucson Police Department conducted a thorough investigation and concluded that his death was the result of an accidental overdose.

While First Access is deeply saddened by Lil Peep’s untimely death, we will not hesitate to defend ourselves against this groundless and offensive lawsuit. We look forward to its swift dismissal.”

Update – October 10th: An earlier version of this article incorrectly stated Sarah Stennett was a defendant in the case. While FAE is, Stennett herself is not directly named in that regard.

A documentary about Lil Peep’s life, Everybody’s Everything, is set to have a limited theatrical release beginning November 12th. Stennett is an executive producer on the project alongside Terrence Malick. Watch the trailer below.