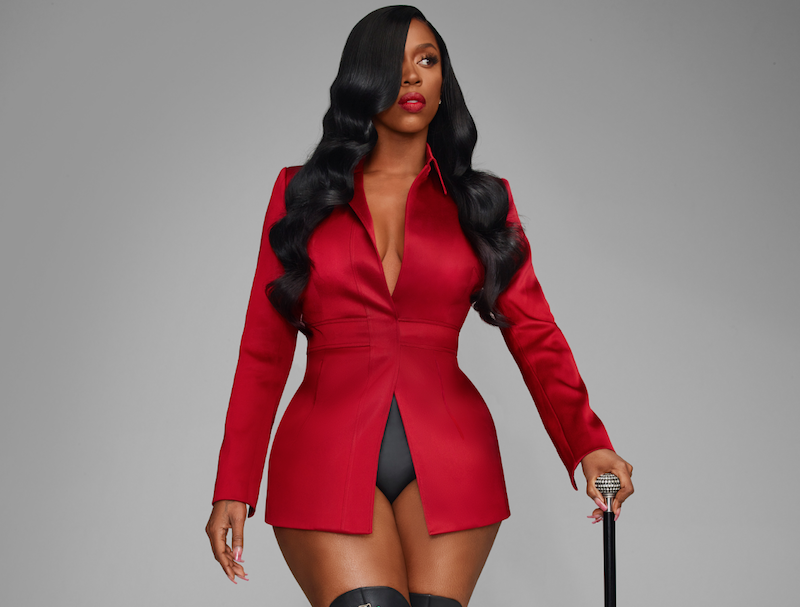 Stacked comes after a hard-fought five-year industry grind for Kash Doll. At 22, the burgeoning MC had built up enough buzz with her Keisha Vs. Kash Doll mixtape to get signed to a label deal, only to have that same contract bar her from releasing any music. She utilized social media to keep her clout building, which led to her scoring verses from Rick Ross, opening spots for Drake, and collaborations with Big Sean. When she finally won release from her bad deal on her birthday — March 14th, 2017 — she began pumping out mixtapes and EPs in the run up to her long-awaited debut LP.

A press release notes Stacked “has tracks for any vibe and mood,” something that’s been made apparent from singles like the sultry “Ice Me Out”, the playful “Kitten” with Lil Wayne, and the celebratory Big Sean collaboration “Ready Set”. The latest track off the album, “Mobb’n” finds Kash Doll showing off her harder side.

With an interpolation and sample of TRU’s classic “Hoody Hooo” (itself a sample of the Halloween theme), “Mobb’n” is Kash Doll daring any other rapper to step to her game. “Got ’em big mad ’cause I’m the head bitch in commando/ I’m the puppet master, pullin’ strings like a banjo/ If you ain’t ’bout that life then get the fuck up out the bando,” she spits with fury. The track comes with a video directed by Nimi Hendrix, which you can watch below.

Stacked is available for pre-order now, and though the tracklist is still under wraps, peep the cover art beneath the clip ahead. You can also snag tickets to Kash Doll’s upcoming shows, including her appearance at this month’s Rolling Loud NYC, here.