Here’s everything Kanye West said in his interview with Zane Lowe. It’s a lot.

An expansive two-hour chat on finding God, his past sex addiction, and being "the greatest human artist of all time" 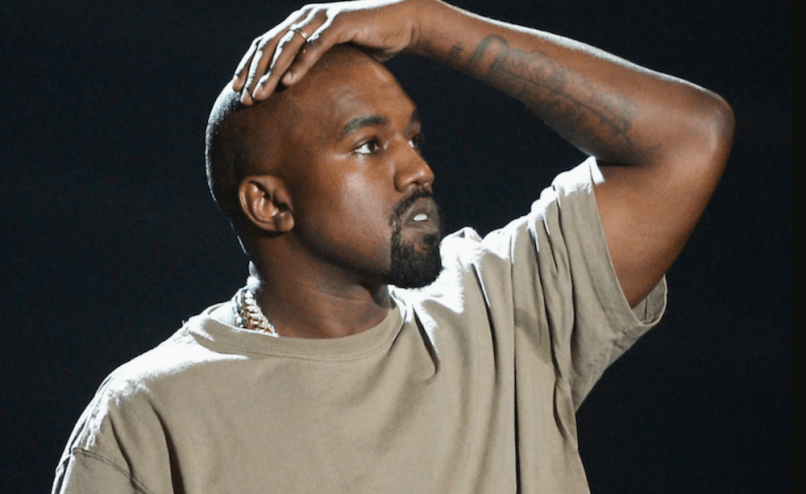 Kanye West welcomed Beats 1 Radio’s Zane Lowe to his new, sprawling Wyoming ranch earlier this week for an extensive interview. Over the course of their two-hour conversation, the pair touched on Kanye’s upcoming album Jesus Is King; his born-again devotion to Christianity; his feud with Drake; Donald Trump; his past sex addiction; his mental health, and more.

Much of the conversation centered around Kanye’s multiple creative endeavors, from music to fashion to hotels, and how it ties back to devotion to God. “Now that I’m in service to Christ, my job is to spread the gospel, to let people know what Jesus has done for me,” he explained.

He revealed he has plans to turn his new Wyoming land into a “seed-to-sew” operation, one where they create sustainable clothing by growing hydroponic cotton, wheat, and hemp that is processed on-site. His team is apparently even working on seeds that can naturally grow material in specific colors to eliminate the need for dyes.

Regarding his music, Kanye announced a follow-up to Jesus Is King called Jesus Is Born, which will be released on Christmas Day. He also said fans are “about to get the George Lucas versions” of his older material, noting that his newfound religion has changed his perspective on “secular music.” As such, he is in the process of re-recording his old music to reflect those Christian values, and no longer intends to curse.

Find some more of the highlights below, and listen to the whole convo at Beats 1. Update: A full video of the interview has been released. Jesus Is King drops tonight at midnight, with an accompanying IMAX short film premiering tomorrow.

— “I will no longer entertain. I’m not here for anyone’s entertainment.”

—“Music is my job… God has given me a gift that I prayed for and so many people love, that if I stop doing it, he might start taking other things away. Who am I to say, ‘Oh I got these shoes now, or we’re building this hotel now, or I’ve got a family, I’ve got a wife and kids…'”

— “I quite enjoy the sound of my own voice, and apparently by the streams, billions of other people do too… Nah, I just wanted to do that soundbite,” he joked.

— Throughout the interview, he teased a new device he’s created for playback of us his upcoming music: “Seeing Jay’s face light up when I’d play him those beats, and now seeing North’s face light up when she plays with this device we’ve created… That’s why I do these listening parties around the world, so I can see the light.”

— Jesus Is King features a reunion between Clipse members Pusha-T and No Malice. “It was just beautiful,” West said of bringing the pair back together. “They were out here, out working on the album… Just five months ago I remember saying ‘I ain’t even gonna rap.’ I didn’t know how to rap for God. So I remember No Malice being like, ‘Imma write you a rap for this.'”

— He asked people working on his new album to respect certain religious practices, including fasting. “There were times where I was asking people to not have premarital sex while they were working on the album,” he said before joking that the response was, “‘You gotta turn that [Megan Thee] Stallion on right now!'”

— “This is such a win for the Kingdom. For Kanye to come back home, from going from ‘Jesus Walks’ to ‘I Love It’, to say to God, ‘I tried it my way, it’s not working out. Everything is in shambles. I’m ending up in debt, making this money but still ending up in debt. My public standing is in shambles. I’m not in good shape. I’m having ups and downs with my health. People calling me crazy. People not wanting to sit with me.’ I had to just give it up to God.”

— “The more I am in service to God I just clear my head and just wake up more empty every day and let God do the driving and just use me as he may.”

— West said that all his endeavors, whether in music, fashion, tech, or his ranch, is “for the Church.” “Everything I do, even designing a shoe, is for the Church… It’s my only mission and calling, is to spread the gospel.”

— “I had stopped drinking completely when I first converted. Now, I have one drink.”

— Though he didn’t give a direct answer, Kanye heavily implied that Sunday Service is now, for all intents and purposes, a Church. “Well, we have a pastor now,” he said. He also recounted how his eldest daughter with Kim Kardashian, North, will get upset about “Church” not being near her home when Kanye takes Sunday Service on the road.

— He also talked about working with colleagues and collaborators on their own Christian journey. “[Pusha T] is coming along, but I can’t speak on his journey and his walk. But he knows God is real. There’s things where people know God is real, but the tangible and physical things are so in front of us.”

— “Yes, I’m at peace. I give it all up to God. Sometimes we’ll sit around and start to get mad about something or I’m about to get mad about something or I’ll scream — I had a rude spirit that I need to work on… I am just prepped to be a Christian… You take everything about my personality and you say, ‘You’re just prepped to be a Christian’… The thing I pray for to be more Christlike is the grace. And then as God strengthens my hand, it’s to have more grace.”

On His Sex and Pornography Addiction:

— “Playboy was my gateway into full-on pornography addiction. My dad had a Playboy left out at age five and it’s affected almost every choice I made for the rest of my life from age five to now, having to kick the habit. It just presents itself in the open like it’s OK. I stand up and say ‘You know, it’s not OK.'”

— West referenced how media has changed the way we view sexual material. While as a child he’d have to pay an adult to buy him pornographic material from a store, now “social media prompts women to put out content that they wouldn’t in the past… there is no NSFW.”

— At one point, he stated, “Billboards are sex trafficking.” To illustrate, he laid out a scene where a guy is driving down the highway fighting with his girlfriend. On one side of the road is a billboard for liquor, and on the other is one for a strip club. If that guy goes to the club to unwind, at the end of the night the owner says, “How much traffic did we do?”

— He also suggested he had abused pain killers after a surgery, relating that substance reliance to his sex addiction. “It’s a similar feeling to when you climax. So it just goes to show how addiction can be sex or drugs.”

On His Mental Health:

— “They want to make the conversation always be about mental health. And I do love the fact that I can show the world that I’m sitting here, and I have been diagnosed, and medicated, a medication that has been designed to make me fat… they’re trying to kill the superhero. I’m here to show that someone who’s been diagnosed can still be” a founder, in service to Christ, and a good husband, West said. He added that “people try to discriminate my mind and my thoughts because of” his 2016 hospitalization for his “health and well-being.”

— Throughout the interview, West continually used the abbreviation HSP for “hyper-sensitive person,” a label he put upon himself as an exemplifier of how he stands apart from most people. “I feel it’s camouflage. If the system that supported Kanye West, that got him to that telethon, that got him to the stage with Taylor Swift, or that $3 billion dollar company [had diagnosed it], they would’ve injected it with drugs much earlier.”

— Asked about his support of Donald Trump and the Republican Party, West replied, “I ain’t gotta defend nothing. It’s not a defense… It just is, and we just are. And it is so. It’s simple. This mentality should not be defeated. Ye can’t die, Ye can’t be buried. There is nothing. There is no enemy. Enemy is a concept itself.”

— He laughed at Forbes for calling him a “centillionaire” instead of a billionaire, a move he said was motivated by him being “a red hat.” “Liberal high-five!” he joked. “That’s what liberals do, and 80% of the media is liberal.”

— At one point during a discussion of social media, he turned his attention to “boo” (presumably Kardashian) and politely asked the unidentified individual to leave if they were going to continue using their phone. Expressing how he gets into a “zone” during interviews where he can “feel” everyone in the room, he said, “I’m reading Larry’s mind, I’m reading Josh’s mind… Something on the Internet distracted boo’s mind.”

— “A smart man has the ability to pivot and say, ‘I think something different now.’ I don’t think this because this is the culture. I don’t think North should wear crop tops just because I had her wearing a slip dress when she was two years old. I think and feel differently now that I’m a Christian. Now that I’m the founder of a $3 billion organization, now that I’ve been married for five years.”

— West frequently addressed his past feud with Drake, saying it was squashed. In fact, the Canadian rapper lives a few doors down from him in California. “I go to Drake’s house, walk over with no security, leave my phone number. ‘Here’s my cell.’ I’m not trying to ring the doorbell and say ‘Oh, you gotta come outside right now.’ He might be busy. You know, he got a studio in there.”

— “God is funny. Drake lives four blocks down the street from me. So that shows you that God has a sense of humor. Now, liberals love art, right? And now — I am unquestionably, undoubtedly, the greatest human artist of all time. It’s not even a question at this point. It’s just a fact. For the greatest artist in human existence to put a red hat on was God’s practical joke to all liberals. Like, ‘Nooo, not Kanye!'”

— Perhaps most presciently, he warned, “There will be a time when I’m President of the United States and I will remember — I’ll forgive, but i’ll remember — any founder who had a failure to understand what I was trying to do with culture.”