Kacey Musgraves and Gloria Gaynor perform “I Will Survive” live in NYC: Watch 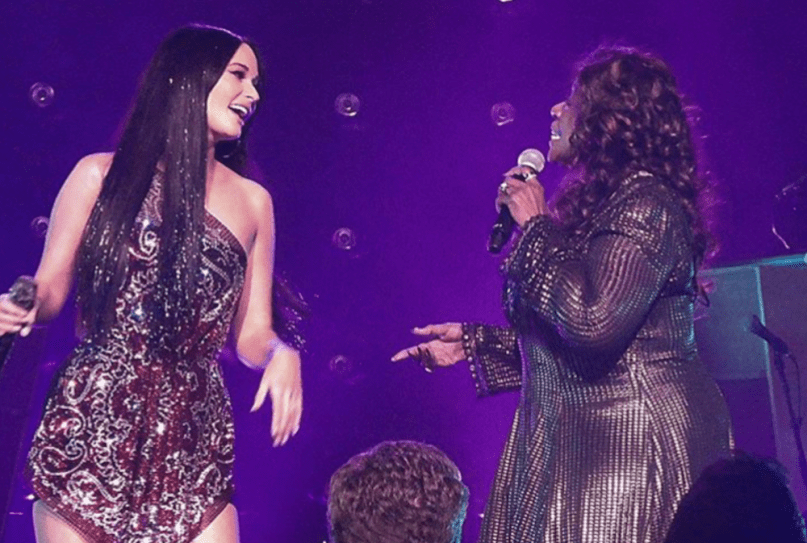 Kacey Musgraves has been known to whip out her cover of “I Will Survive” while on the road supporting Golden Hour. During her concert in New York City on Tuesday, the country music star was joined by the one and only Gloria Gaynor, the disco queen behind the original 1978 hit.

As BrooklynVegan points out, Musgraves and Gaynor joined forces onstage at Radio City Music Hall and performed “I Will Survive” together. Gaynor’s single is already a pure anthem on its own, but throw in the power of both artists, in collaboration, and last evening was easily a night to remember for all those in attendance.

“I recorded this song in 1975, 40 years ago, and I can’t tell you how pleased I am that Kacey is carrying on the tradition, helping you all to survive,” Gaynor told the crowd after their cover.

(Read: 10 Country Albums Every Music Fan Should Own)

“I feel so honored that ‘I Will Survive’ carries as much meaning today as it did all those years ago,” she later added. “I feel equally blessed that an artist like Kacey sings my song on tour and that I could join her to sing in an iconic venue like Radio City Music Hall.”

Check out fan-caught footage below. Musgraves will continue to promote Golden Hour on tour dates scheduled through early 2020. Grab your tickets here.