Jim James and Teddy Abrams perform “Back to the End of the World” on Fallon: Watch 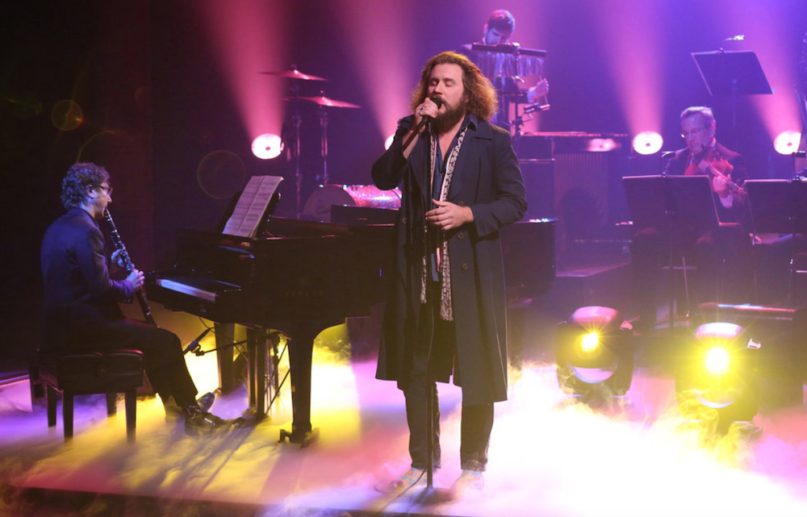 My Morning Jacket frontman Jim James, conductor/composer Teddy Abrams, and members of the Louisville Orchestra appeared on The Tonight Show Monday night to support their new orchestral album, The Order of Nature. To highlight the uniqueness of the collaboration, they chose to perform one of the effort’s completely original compositions, “Back to the End of the World”.

Filling out the Studio 6B stage and standing in a floor of smoke, the collective delivered a spellbinding rendition of the song. As usual with the MMJ singer, it’s easy to get lost in the big, unique quality of James’ voice, but take a minute to appreciate Abrams. The accomplished musician pounded the piano keys with gusto even as he guided his band and, at a few points, also played the clarinet.

Watch the replay below. Also make sure to check out our exclusive Track by Track breakdown of The Order of Nature with James and Abrams. They’ll perform the album at a pair of shows in Seattle and Denver next summer, and you can get tickets here.