Ghost to be led by Papa Emeritus IV on upcoming album

The Swedish metal band will continue its revolving door of frontmen 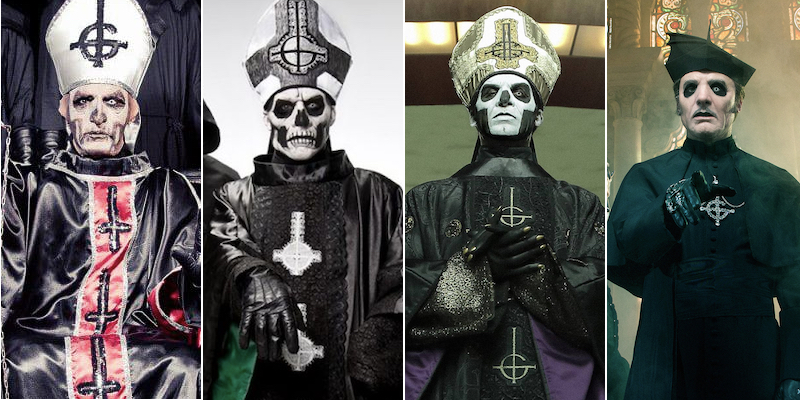 Ghost frontmen through the years

Ghost have unveiled a new leader with each album cycle, and the revolving door of frontmen will continue on the band’s next LP with the introduction of Papa Emeritus IV.

While Tobias Forge has handled lead vocals throughout the band’s career, he has assumed a different identity with each album. And in a new interview with Kerrang!, the singer said, “I just know that person will have the name Papa Emeritus IV. It will be the fourth Papa Emeritus. But who that is, we don’t know yet.”

In an interview earlier this year, Forge said that current frontman Cardinal Copia would stick around for another album cycle, which could mean that Copia himself will become Papa Emeritus IV.

Forge also told Kerrang! that he is placing a lot of importance on the band’s upcoming fifth album, explaining, “I look at many fifth albums as a guide as to the urgency for what that record will need to be, with [Iron Maiden’s] Powerslave being a great example.”

He continued, “By the fifth album you’re at a point in your career where you have this momentum built up, and you have the expectancy of people depending on you, so you have to put something special in those many spotlights. You need to step up and make a record that’s worth it and justifies all of these things.”

Ghost are currently in the middle of a fall North American tour that runs through an October 26th show in Glens Falls, New York. Forge has said that the band will not tour in 2020 while they write and record their new album, which is due in 2021.