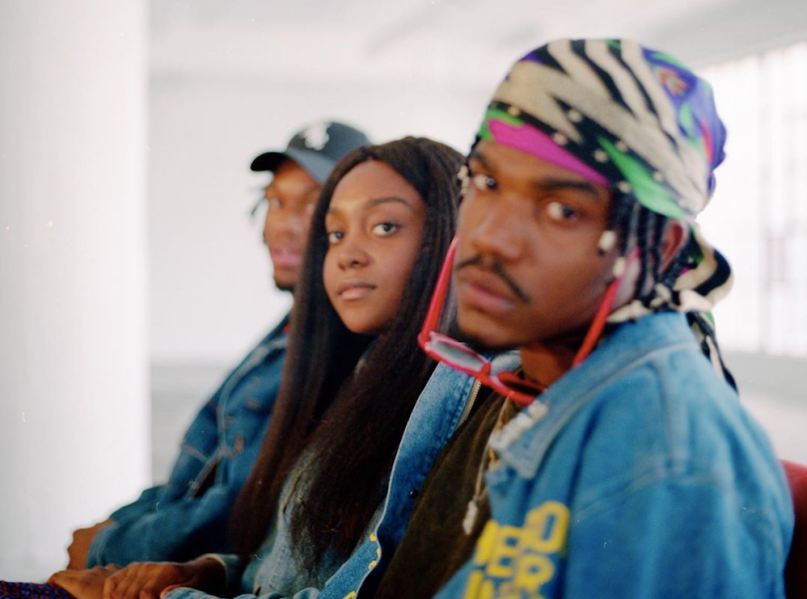 The Midwestern MCs have been frequent collaborators throughout their careers. The trio teamed up on 2016’s “Shadow Man” from Noname’s album Telefone, and again last year on her single “Ace”. Both Smino and Noname contributed guest verses to Saba’s Bucket List Project debut, and this year Smino joined Saba’s Pivot Gang on “Bad Boys”. The three clearly enjoy working together.

On “Häagen Dazs”, that chemistry is on full display. Smino’s funktastic delivery is a wonderful contrast to Noname’s measured, poetic flows. Saba is the chameleon of the group, slipping into the pocket of the beat and modulating his voice for the needs of the song. This collaboration has felt like a natural fit for a long time now, and finally hearing it come together is as satisfying as ice cream on a hot summer day. Take a listen to “Häagen Dazs” below.

So far, there’s been no official confirmation of an album or tour. You can catch Saba this November on the road with his Pivot Gang by snagging tickets here. Noname was forced to cancel tour dates this summer due to health concerns, but at least they weren’t serious enough to keep her out of the studio. Smino released a new track called “Reverend” earlier this year, and supported Chance the Rapper on his recent Ellen show appearance. He has a few festival gigs coming up, including Texas’ Mala Luna and Nevada’s Day N Vegas, so get tickets here.