Plus, James Gunn once again steps up to defend superhero movies 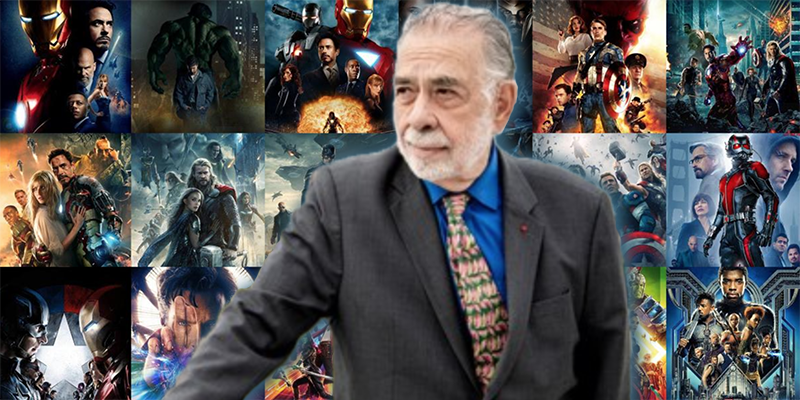 Martin Scorsese ignited a war of opinion earlier this month when he declined to characterize Marvel movies as “cinema,” instead arguing that they’re more akin to “theme parks.” He also called on theater owners to “step up” and prioritize “narrative films” over superhero blockbusters. “We shouldn’t be invaded by it,” he declared. Now, another iconic filmmaker, Francis Ford Coppola, has backed Scorsese up — and he didn’t pull any punches.

While in Lyon, France this past weekend to accept the prestigious Prix Lumière award, the Godfather director slammed Marvel movies as pointless and repetitive, going so far as to call them “despicable.” “When Martin Scorsese says that the Marvel pictures are not cinema, he’s right because we expect to learn something from cinema, we expect to gain something, some enlightenment, some knowledge, some inspiration,” Coppola argued (via France 24). “I don’t know that anyone gets anything out of seeing the same movie over and over again.”

Coppola continued, “Martin was kind when he said it’s not cinema. He didn’t say it’s despicable, which I just say it is.”

Not one to let someone besmirch his beloved geek films, Guardians of the Galaxy and The Suicide Squad writer/director James Gunn has once again come to the defense of the MCU. Captioning a still from one of the more touching moments from the first GotG, Gunn reminded Coppola and Scorsese that popular cinema often gets dismissed by the old guard:

Many of our grandfathers thought all gangster movies were the same, often calling them “despicable”. Some of our great grandfathers thought the same of westerns, and believed the films of John Ford, Sam Peckinpah, and Sergio Leone were all exactly the same. I remember a great uncle to whom I was raving about Star Wars. He responded by saying, “I saw that when it was called 2001, and, boy, was it boring!” Superheroes are simply today’s gangsters/cowboys/outer space adventurers. Some superhero films are awful, some are beautiful. Like westerns and gangster movies (and before that, just MOVIES), not everyone will be able to appreciate them, even some geniuses. And that’s okay. ❤️

Gunn isn’t the only one to express support for the value of superhero cinema. Nick Fury himself, Samuel L. Jackson, said “everybody doesn’t like [Scorsese’s] stuff either,” adding an opinion “ain’t going to stop nobody from making movies.” Kevin Smith had a particularly eloquent clap back, saying, “These [Marvel] movies come from a core. They come from a happy childhood. And they’re reflections of a happy childhood. He’s not wrong, but at the same time, neither are we for loving those movies. And they are cinema.”

This whole back-and-forth is starting to sound like stubborn purists trying to yuck everyone else’s yum. Everyone’s fully entitled to their individual feelings, but fans and the box office speak for themselves.