Drake maintains "every bar I ever spit was the truth" 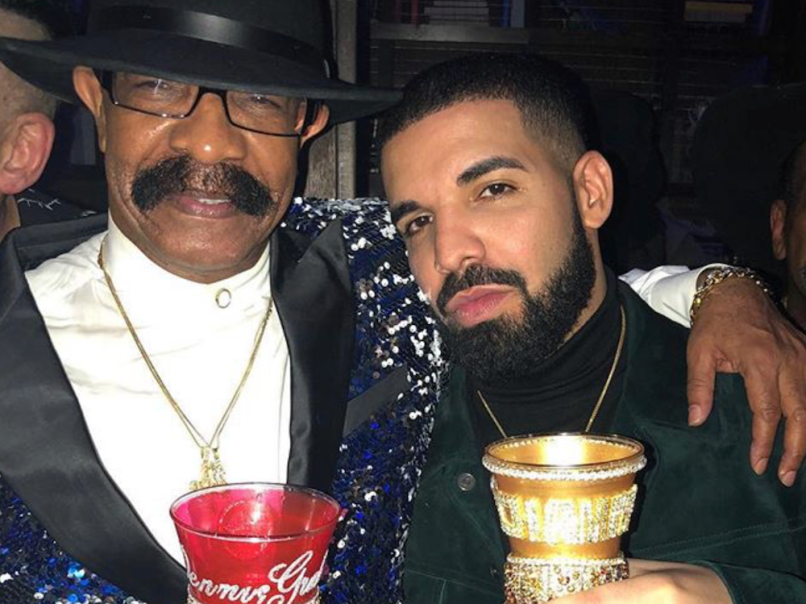 Drake and his father, photo via @therealdennisg

Drake’s rap persona has always been one associated with overt sensitivity, especially when it came to his family. For years, the Toronto MC wrote songs specifically lamenting the absence of his father, Dennis Graham. However, in a new interview, Graham claims Drizzy lied about their estrangement in order to sell more albums.

Graham attempted to set the record straight while on Nick Cannon’s Power 106 radio show last week. When asked about Drake’s songs about their strained relationship, Graham said he’s actually always been a part of his rapper son’s life.

“I had a conversation with Drake about that. I’ve always been with Drake,” Graham told Cannon. “I talk to him if not every day, every other day.”

(Read: Ranking Every Drake Song from Worst to Best)

Graham’s revelation conflicts with singles such as the Grammy-nominated “0 to 100/The Catch Up”, in which Drake says growing up without a father figure forced him to toughen up. “I’ve been ready/ Since my dad used to tell me/ He was coming to the house to get me/ He ain’t show up/ Valuable lesson, man, I had to grow up/ That’s why I never ask for help.”

Graham said he didn’t like the way his own son was portraying him in his music and directly asked the Take Care artist about it. “I said, ‘Drake, why are you saying all of this stuff about me, man? It’s not cool,’” Graham recounted. According to Graham, Drizzy simply replied, “Dad, it sells records.”

On Thursday afternoon, Drake addressed his father’s comments. “Woke up today so hurt man. My father will say anything to anyone that’s willing to listen to him,” the OVO rapper wrote in an Instagram story. “It’s sad when family gets like this but what can we really do that’s the people we are stuck with … every bar I ever spit was the truth and the truth is hard for some people to accept.”

Although Drake holds onto this version of events — that his father was absent up until a few years ago — this isn’t the first time Graham has contradicted him. As Complex points out, during an appearance on ItsTheReal’s A Waste of Time podcast this past June, Graham also accused Drake of lying. “Just go with the flow,” Drake supposedly told Graham. “This shit sells records.”

Below, check out Graham’s clip on “Nick Cannon Mornings”, followed by Drake’s response.

When asked if he knew Drake would rap about their relationship, his dad replied:

“No. Drake…we had a conversation about that also. I said ‘Drake, you gotta stop this man you know that never happened.’ He goes, ‘Dad, listen man. Just go with the flow. This shit sells records’.”