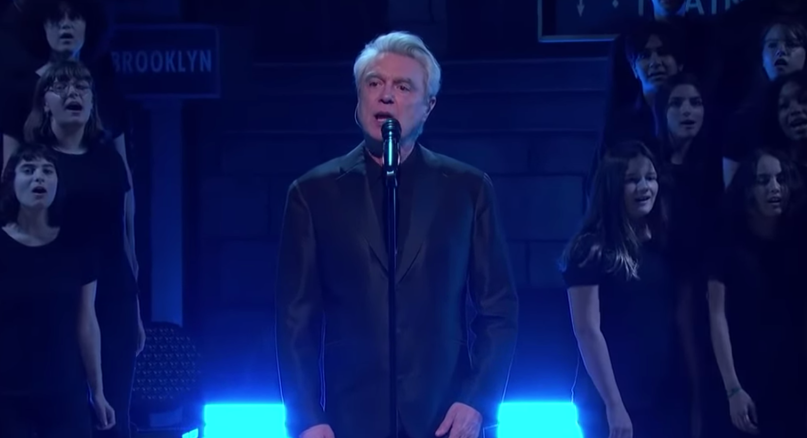 David Byrne recently launched the stage version of his American Utopia show on Broadway. With the limited run just beginning and Jimmy Kimmel Live! incidentally taping at the Brooklyn Academy of Music this week, it made perfect sense for the Talking Heads frontman to stop by the late night program for a promotional performance.

Backed by the Brooklyn Youth Chorus, Byrne sang “One Fine Day”, a track from his 2008 collaborative album with Brian Eno, Everything That Happens Will Happen Today and the penultimate number in American Utopia. The iconic musician made full use of the BAM theater for this rendition, starting backstage before taking his place in front of the chorus and a lone cajón player. Watch the replay below.

David Byrne’s American Utopia on Broadway runs through January 19th at the Hudson Theater in New York City. Get tickets to the production here. Update: Byrne has extended his Broadway residency to run through February 2020.

Revisit Byrne’s appearance on This Must Be the Gig: