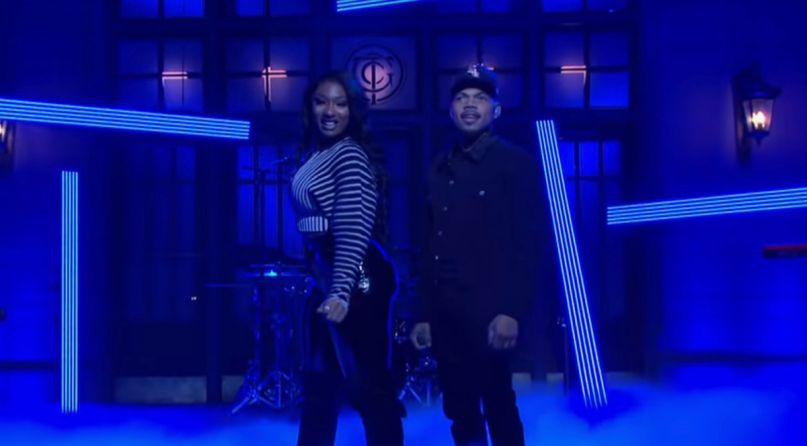 Chance the Rapper and Megan Thee Stallion on SNL

Chance the Rapper pulled double duty on last night’s episode of Saturday Night Live, serving as both its host and musical guest. He became the 34th musician who also appeared as host during SNL’s 45 season run.

In support of his new album The Big Day, Chance performed both “Zanies and Fools” and “Handsome”. The former performance began with footage of Chance’s daughter, Kensli, singing the Cinderella song “Impossible” juxtaposed with animation of Kensli as a princess. Once Chance took the stage, he was accompanied by a string section, drummers, and backing dances. Meanwhile, Chance’s performance of “Handsome” featured a surprise appearance from Megan Thee Stallion, marking her SNL debut.

Watch both performances, as well as various sketches starring Chance, below. Next year, Chance will embark on an extensive tour in support of The Big Day. Get your tickets to the upcoming dates here.