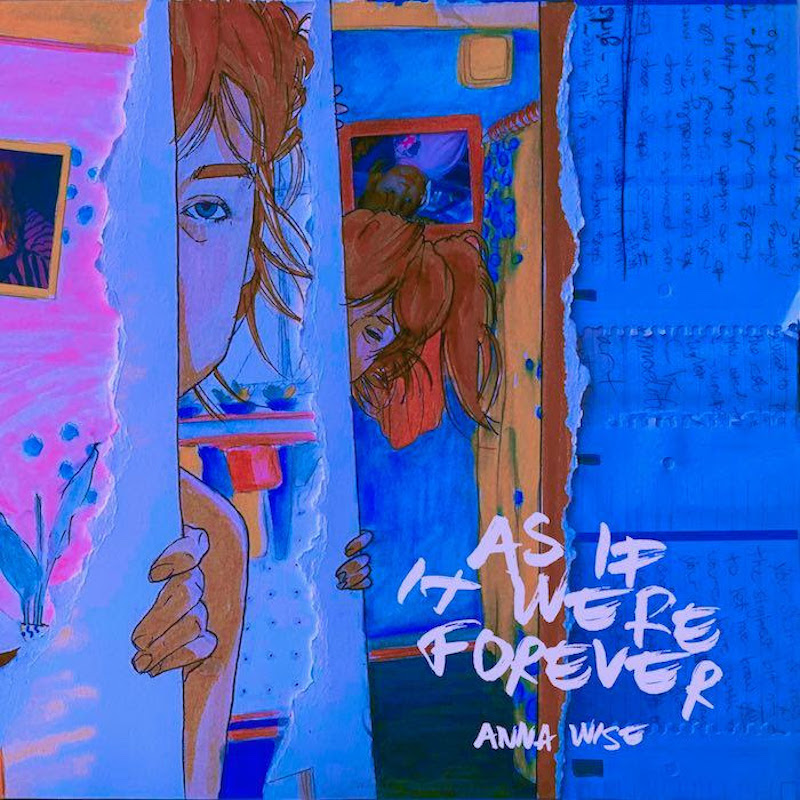 The Lowdown: Anna Wise’s discography thus far has been a roller coaster of relatable emotions jam-packed into a few EPs. The Feminine Act I and II are filled with tracks that speak to not only every woman but to every women’s myriad of personalities. “BitchSlut” reappropriates itself right onto your empowerment playlist while “Precious Possession” slides into your sex soundtrack faster than a dude in your DMs. The former is energetic and edgy while the latter is instantly seductive and proudly submissive; you can feel its love at first listen.

Those EPs weren’t the first time you’ve heard Anna Wise, though; you’ve crossed glances across a crowded bar with her music before. She’s made an appearance on all of Kendrick Lamar’s records, most notably moaning her way to a Grammy win on “These Walls” from 2016’s To Pimp a Butterfly. She has also graced the end credits of an Insecure episode alongside Xavier Omar with “Easy” (the track, produced by Raphael Saadiq, was merely a sample in character Daniel’s beat until show creator Issa Rae suggested it become a full song).

Wise first came on the scene nearly a decade ago with her trio Sonnymoon; their cover of “Houstalantavegas” was legendary and sampled in SZA’s smash hit “Love Galore”. A member from that band, Dane Orr, had a heavy hand in producing Wise’s new record, As If It Were Forever, possibly explaining the reroute back to her roots with sparse yet captivating production. Her first full-length is as dynamic and emotionally charismatic as her EPs, but thematically more introspective. Uttering “I’m lying to myself” over and over in “Precious Possession”, Wise is now taking self-ownership.

She recognized and references this line in the opening track “Worm’s Playground” but declares she is now “out here being honest.” Wise reckons with “holding onto old beliefs and taking too long to leap” and foreshadows the album’s second act in the following track, “Blue Rose”. Singing about fame making her lose her soul, it seems the opposite has happened. She’s tried hard to stay grounded and learn from her past mistakes to the best of her ability. Lessons are unpacked in “Abracadabra” and flow swiftly to Wise getting her groove back in “Nerve”, unbothered by whispers. Text message blasts roll in at the end of “Count My Blessings”, however, causing Wise to lose focus and get lost in her feelings.

Whatever those texts contained must have been bad; she crumbles in contemplation as she begins to “swipe left, swipe right” straight into “What’s Up with You?” Previously focused on the changes within, being lovers again becomes a variable in “One of These Changes Is You”, the song name and the only line uttered in this continuation of the interlude.

“Juice”, the final track, solidifies a skeptical but optimistic chorus, as if Wise has to repeat it to convince herself: “Doesn’t seem impossible to change/ You can’t take back the change/ If you are afraid of the change/ Then all there will be is change.”

The Good: The record flows well in an empathic wave of emotions. Lyrics are served as stream-of-consciousness and read like all the points you wanted to make in an argument but only thought about three days later. Down tempos like “Abracadabra” jump seamlessly into upbeat songs like “Nerve”. Wise’s well-trained vocals are truly showcased on “Mirror”, where sparseness does her a favor and lets her voice shine through. Simple is done well often on this album, exceptionally so right off the bat on “Worms Playground”, a stripped-down yet layered and dense song full of harmonies and varied drums.

The Bad: The album’s middle might lose the listener when simplicity doesn’t cut it anymore. Wordless vocals in “Coming Home” do nothing to rope us back in, as the lyrics are this record’s strong suit. Wise’s debut comes back around with “Mirror”, full of all she’s learned about the unwritten slanders of love, but her wide-open pipes make it believable, which might be the worst part; toxic optimism and a belief that those who’ve hurt us are changeable is painfully relatable.

The Verdict: It’s great that Wise has found herself in a way that’s lyrically rich but sonically nothing new and, in some regards, dampened. This is more music from Wise about being bruised by love, but the layer of self-actualization sets it apart, even if they later become misguided. Tangled conclusions make the album interesting and the lyrics trump the melodies. Beginning malty and rich, it’s a concoction you want to taste but aren’t totally sold on swallowing.

You probably won’t fall in love on first listen, but it’s worth warming up to.