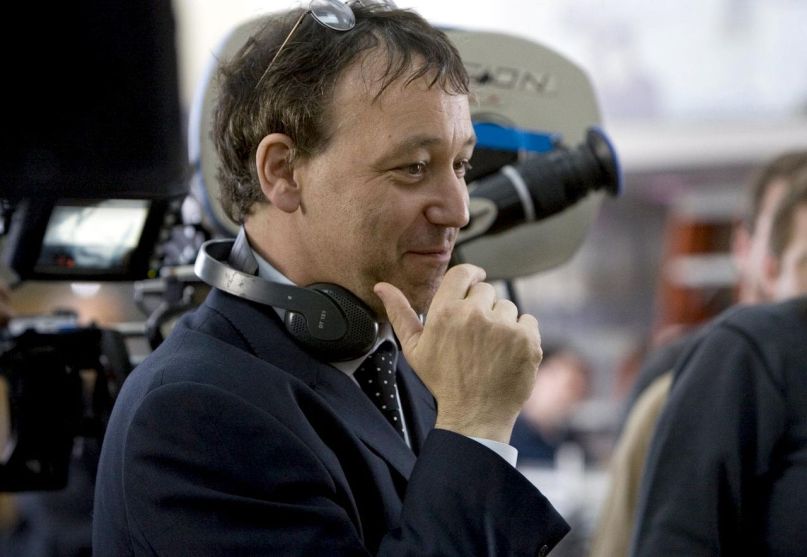 Hail to the King, baby: Sam Raimi is heading back to the director’s chair. Today, Quibi detailed their forthcoming anthology series, 50 States of Fright, confirming that The Evil Dead filmmaker, who serves as executive producer, will co-write and helm an episode.

For context, each episode is based on an urban legend from a different state of America. The inaugural season will head to Colorado, Florida, Iowa, Kansas, Michigan, Minnesota, Missouri, Oregon, and Washington. Don’t see yours? Better hope for a renewal.

Not surprisingly, Raimi will head to his home state of Michigan for his short, “The Golden Arm”. Co-written alongside Raimi’s brother Ivan, the episode is top-lined by Emmy and Golden Globe winner Rachel Brosnahan, who stars alongside Travis Fimmel and John Marshall Jones.

Elsewhere, Christina Ricci and Jacob Batalon will head to Colorado for “Red Rum”;  Ming-Na Wen will find “America’s Largest Ball of Twine” in Kansas; both Taissa Farmiga and Ron Livingston are “Almost There” to Iowa; and Asa Butterfield will swim to “Grey Cloud Island” in Minnesota.

The talent also extends behind the camera (via Bloody Disgusting):

“AMERICA’S LARGEST BALL OF TWINE” – KANSAS – Yoko Okumura (“Facets,” Fed Up, Only the Young): to direct

“13 STEPS TO HELL” – WASHINGTON – Sarah Conradt-Kroehler (Out of Her Mind): to write and Lee Cronin (The Hole in the Ground): to direct

“SANTERIA” – FLORIDA – Greg Hale (Avengers, Iron Man, The Day After Tomorrow, The Hunger Games: Mockingjay – Part 2) and Eduardo Sánchez (The Blair Witch Project, “Queen of the South”, “Supernatural”): to write and Alejandro Brugués (Juan of the Dead, Nightmare Cinema): to write and direct

“The driving force for us as a studio is to foster the careers of emerging talent by marrying them with proven innovators,” said Van Toffler, CEO, Gunpowder & Sky. “With 50 States of Fright, we sought out a diverse group of breakthrough performers and fearless horror visionaries and partnered them with Sam Raimi to oversee the creative process. This winning formula ensures we’ll get a s-load of scares.”

Look for the series to drop in 2020. It should be noted, of course, that Raimi’s last film was 2013’s Oz the Great and Powerful. However, he did direct a star-studded short in 2017 called The Black Ghiandola for the Make a Film Foundation. Needless to say, it’ll be great to see him back.