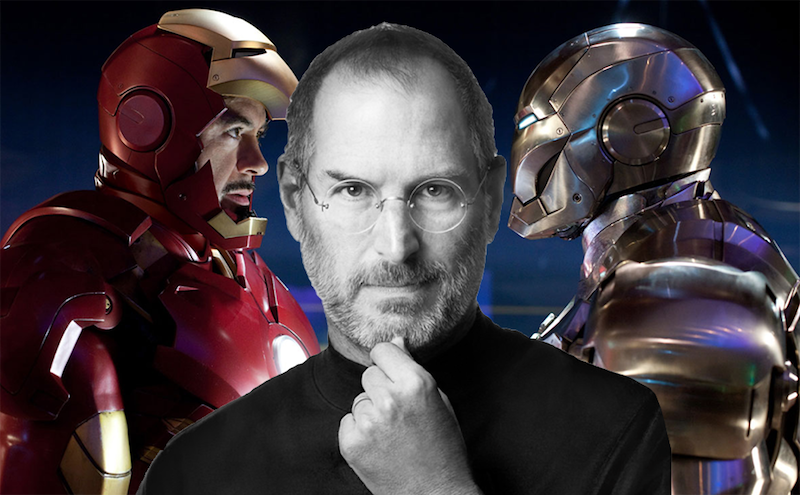 It’s a general truth that part two of any Marvel Cinematic Universe series is a downgrade from the first. Thor: The Dark Wold didn’t hold a hammer to Thor, Guardians of the Galaxy Vol. 2 couldn’t quite soar as high as Vol. 1, and even Age of Ultron wasn’t as mighty as the first Avengers. (The Captain America franchise has notably defied that pattern.) But when Steve Jobs saw the relative slog-fest that was Iron Man 2, he thought it was such a letdown that he had to call Disney CEO Bob Iger and tell him about it.

As ScreenRant notes, Iger mentioned Jobs’ review in his new memoir, The Ride of a Lifetime: Lessons Learned from 15 Years as CEO of the Walt Disney Company. “When Iron Man 2 came out, Steve [Jobs] took his son to see it and called me the next day,” wrote Iger. “‘I took Reed to see Iron Man 2 last night,’ he said. ‘It sucked.’”

This wasn’t just some random businessman-to-businessman review, though. The film’s 2010 release came just a year after Disney acquired Marvel and, in turn, Marvel Studios. At the time, Jobs was on the Disney board and was the company’s largest shareholder. He wasn’t terribly confident about the decision to buy Marvel, and likely used his feelings on Iron Man 2 (which was produced prior to the deal and distributed by Paramount Pictures) to highlight that fact.

Speaking with Vanity Fair about his new book, Iger recalled Jobs’ reaction to the idea of purchasing Marvel:

“In 2009, after our very successful acquisition of Pixar, we were interested in acquiring Marvel, so I met with Steve and walked him through the business. He claimed to have never read a comic book in his life (‘I hate them more than I hate video games,’ he told me), so I brought an encyclopedia of Marvel characters with me to explain the universe to him and show him what we would be buying. He spent about 10 seconds looking at it, then pushed it aside and said, ‘Is this one important to you? Do you really want it? Is it another Pixar?’”

Of course, a decade and billions of dollars later, it’s clear Iger made the right call.

Previous Story
The 69 Eyes announce 2020 US winter tour in support of new album West End
Next Story
10 Years with Tegan and Sara: On High School, The L Word, and Growing Up in the ’90s
Popular
More Stories
[fu-upload-form form_layout="media" title="Submit Your Photo"][input type="hidden" name="ugc" value="1"][/fu-upload-form]