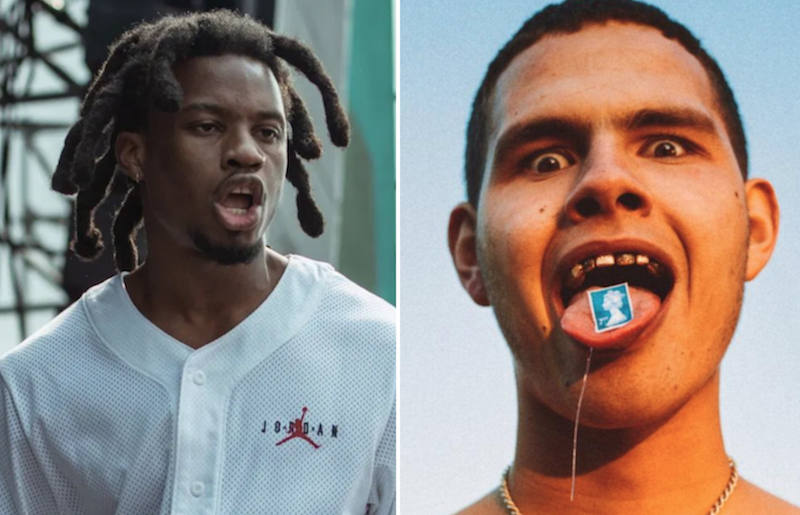 UK’s slowthai and Florida’s Denzel Curry have joined forces for a new track called “Psycho”. Separately, the two rappers are some of the most in-your-face talents in the game, so it should be no shock their collaborative single is as aggressive as it gets.

The beat from producer Kwes Darko is filled with horror movie strings, stalking and squealing like Ghostface chasing Sidney Prescott. Each MC spits with manic fury when they step up to the mic, resulting in a track that’s somehow equal parts engaging and terrifying. Fans may have caught Denzel Curry and slowthai performing “Psycho” on the festival circuit in recent months, but you can now stream the studio version below. Update: Watch the corresponding music video below.

This is slowthai’s second major collaboration since releasing his Nothing Great About Britain debut back in May. He appeared on BROCKHAMPTON’s GINGER cut “Heaven Belongs to You”, and he’ll be joining them on the North American tour of the same name. Get tickets to all his upcoming dates, including his remaining US headlining gigs, here.

Meanwhile, Denzel Curry dropped his latest full-length, ZUU, in June. In support, he has appearances lined up at festivals like Austin City Limits, Day N Vegas, and New Orleans’ Voodoo Music Experience. Tickets to all his shows are available here.