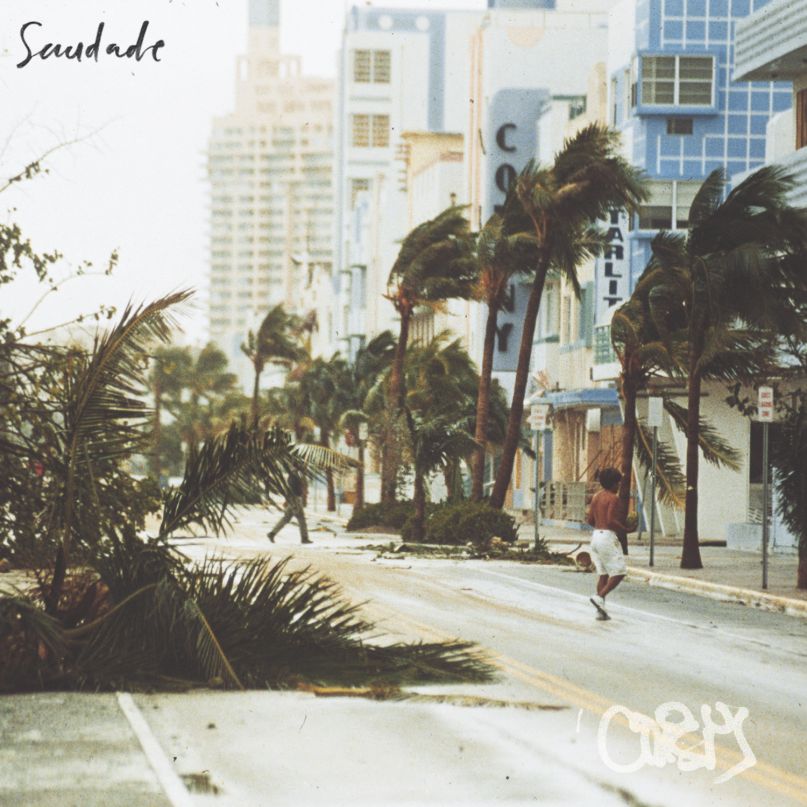 Back in March, we heard the song “Shadows & Light”, featuring a vocal duet between Deftones’ Chino Moreno and singer-songwriter Chelsea Wolfe. “Shadows & Light” and “Crisis”, along with two other tracks, comprise the upcoming Shadows & Light / Sanctuary Dub EP,  which will be released as a 12″ vinyl in December.

The group is the brainchild of Chuck Doom, who also works with Moreno in Team Sleep. Inspired by the premature passing of his mentor, the jazz fusionist Jaco Pastorius, Doom formed Saudade from the artistic relationships he’s made over the years. Thus, the list of collaborators spans all genres and styles: Moreno, John Medeski (Medeski Martin & Wood), David Torn (David Bowie), Gil Sharone (Team Sleep), Robert Thomas Jr. (Weather Report), Mackie Jayson (Cro-Mags JM), Dr. Know (Bad Brains), and other one-off appearances such as Wolfe’s vocals on the first single.

“It’s a huge honor to be part of this project,” Medeski remarked in a press release. “The first real band I was ever in was with Chuck Doom in the early ’80s in Ft. Lauderdale, Florida. For this to be coming back around 38 years later is truly magical.”

Compared to the dreamy doom pop of “Shadows & Light”, the latest single, “Crisis”, is an incendiary burst of dark instrumental jazz. This particular track was recorded by Doom, Medeski, Torn, and Sharone. Listen below.

What the other two tracks sound like is anyone’s guess, but the B-side, “Sanctuary Dub”, features members of horror-core hip-hop act Ho99o9 per the EP’s tracklist.

The two singles are available digitally now, while the EP will ship on or around December 16th, with orders available via various outlets.