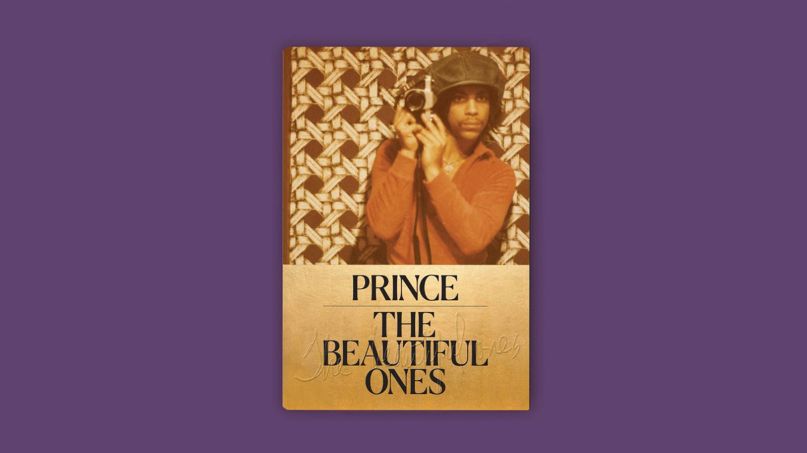 Prince's The Beautiful Ones memoir

Prior to his death, Prince announced plans to publish a memoir called The Beautiful Ones. An abridged version, featuring 50 handwritten pages completed prior to his passing, will see release on October 29th through Random House (pre-orders are ongoing). In anticipation, New Yorker writer Dan Piepenbring, who Prince personally enlisted to co-author the memoir, has shared the book’s fascinating backstory, including his early interactions with Prince and what the musician sought to accomplish with The Beautiful Ones. Specifically, as Piepenbring recounts, Prince wanted it “to be the biggest music book of all time.”

Prince chose Piepenbring based on a personal statement he wrote about his own relationship with Prince’s music. The musician’s team got in touch Piepenbring hours after he submitted the statement and flew him to Minneapolis the next day. The two then met at Prince’s estate, Paisley Park, and spoke at length about Piepenbring’s statement. Prince challenged Piepenbring’s opening line –“When I listen to Prince, I feel like I’m breaking the law”. He responded, “The music I make isn’t breaking the law, to me. I write in harmony. I’ve always lived in harmony—like this.” He also chided writers who “ascribed alchemical qualities to his music,” saying words like “magical” should be reserved for musicians like Michael Jackson. “Funk is the opposite of magic,” Prince explained. “Funk is about rules.”

Price then revealed his many aspirations for the project:

He had so many ideas for his first book that he didn’t know where to begin. Maybe he wanted to focus on scenes from his early life, juxtaposed against moments set in the present day. Or maybe he wanted to do a whole book about the inner workings of the music industry. Or perhaps he should write about his mother—he’d been wanting to articulate her role in his life. He wondered what writing a book had in common with writing an album. He wanted to know the rules, so he could know when to flout them.

The book would have to surprise people—provoke them, motivate them. It would become a form of cultural currency. “I want something that’s passed around from friend to friend, like—do you know Waking Life?” he said, referring to Richard Linklater’s surreal 2001 movie. I said that I did. “You don’t show that to all your friends, just the ones who can hang.” Books like Miles Davis’s autobiography or John Howard Griffin’s Black Like Me were natural touchstones, he thought.”

From there, the conversation delved into the topic of race and how institutional prejudices altered the trajectory of his own career “Can we write a book that solves racism?” Prince asked. He later suggested he use the book to teach readers about Black Wall Street in Tulsa, Oklahoma. “We need a book that talks to the aristocrats, not just the fans,” Prince proclaimed. “We have to dismantle [Ayn Rand’s] The Fountainhead brick by brick. It’s like the aristocrats’ bible. It’s a compound of problems. They basically want to eliminate paradise. We should attack the whole notion of supremacy.”

However, of the material Prince wrote prior his death, much of it was personal in nature and related to his upbringing.

He’d written about his childhood and adolescence in Minneapolis, starting with his first memory, his mother winking at him. “U know how U can tell when someone is smiling just by looking in their eyes?” he wrote. “That was my mother’s eyes. Sometimes she would squint them like she was about 2 tell U a secret. Eye found out later my mother had a lot of secrets.” He recalled his favorite of his father’s shirts, the way his parents outdid each other sartorially. He summoned up his first kiss, playing house with a girl in his neighborhood. He described the epilepsy he suffered as a child.

Beyond the content of the book, Prince expressed a desire to have complete ownership and to “reserve the right to pull the book from shelves, permanently, at any time in the future, should he ever feel that it no longer reflected who he was,” Piepenbring explained.

Elsewhere, Piepenbring recalls an evening Prince rented out a movie theater to see Kung Fu Panda 3 and how Prince was no longer interested in guitar (“I’m sick of playing the guitar, at least for now. I like the piano, but I hate the thought of picking up the guitar,” he remembered Prince telling him.) Piepenbring also recounts reading Prince’s early drafts, much of which was written in short-hand

Unfortuantely, Prince died having only completed 50 or so pages of the book. Those pages will be included in The Beautiful Ones alongside never-before-seen photos, original scrapbooks, and lyric sheets, as well as Piepenbring’s own recollection of the musician’s final months.

Read Piepenbring’s full piece in the New Yorker and pre-orders The Beautiful Ones.