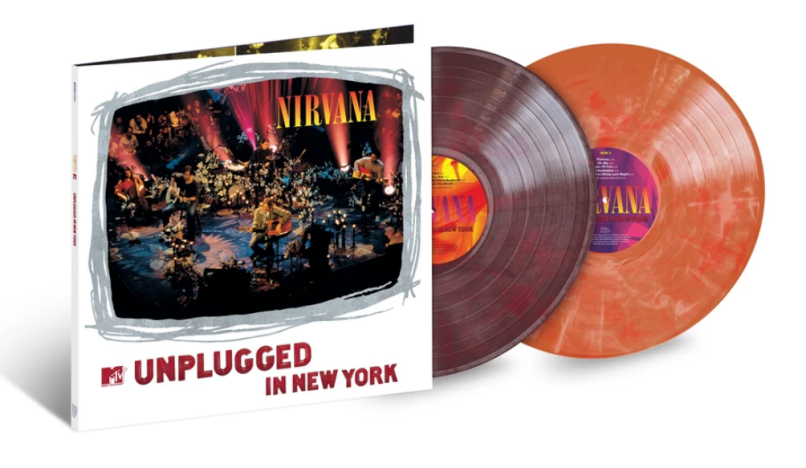 Due out on November 1st, the double LP set includes five rehearsal performances previously only available on DVD, specifically: “Come As You Are”, “Polly”, “Plateau”, “Pennyroyal Tea”, and “The Man Who Sold the World”.

MTV Unplugged will be pressed on both limited-edition colored vinyl and standard 180-gram black vinyl and packaged in gatefold jacket featuring anniversary silver foil detail on the front and back cover. Additionally, the full 19-song set, including the five rehearsal performances, will be made available on digital streaming platforms.

Back in August, Nirvana released another classic show, Live and Loud, digitally and on vinyl for the first time.