Despite miscues, the beloved artist delivered a charming evening of career-spanning ragtime 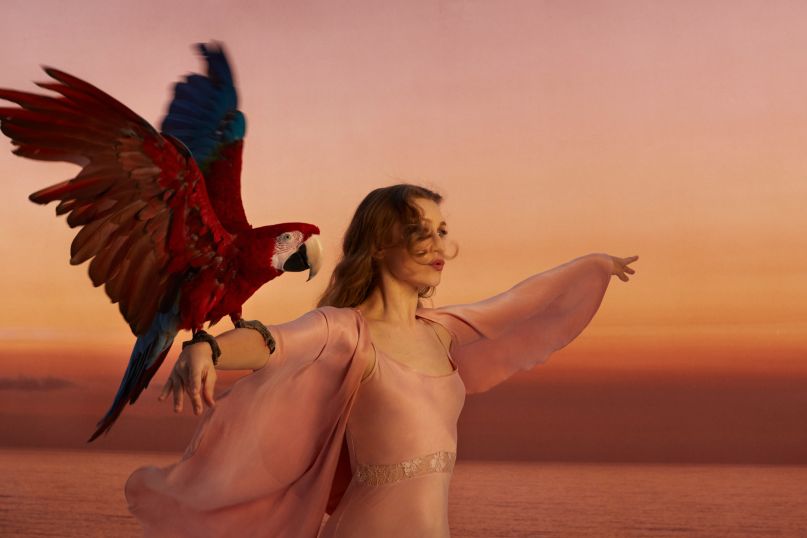 Setting the Stage: In April 2019, the world of folk breathed a sigh of relief in the face of leaden reality: Joanna Newsom would once again bring her wily idiosyncrasies to the live stage after three long years of inactivity. Long, that is at least, for those like me who desperately sought the refuge of her delightful, pastoral arrangements and the reckoning of her masterful epic poems.

In 2015, freak-folk’s darling released the acclaimed Divers, a harrowing record that grappled with mortality in the face of love. The sentiment would come to haunt fans as she tucked music in for the long night. In the years since, she and husband Andy Samberg welcomed their first child, a daughter, in 2017.

On the evening of September 7th, the curtain of that seemingly ceaseless and silent night gaped open for a triumphant career-spanning set of rococo ragtime. The 37-year-old musician descended on Philadelphia for her second solo show in nearly a decade, trading in the orchestral swells of a touring ensemble for something a little more vulnerable and no less affecting: a harp, a piano, a voice. “The String/Keys Incident — An Evening with Joanna Newsom” stayed true to its elevator pitch: an intimate evening that proved to be less about the music and more about the endearing personality of a lionhearted musician near and dear to our hearts.

Taking the Stage: In the moments leading up to her entrance, Newsom’s harp and piano stood as tacit monuments to the grandeur of records past. Imposing statues that demanded the attention of all who entered the theater, they held the tension of a prodigal daughter finally coming home. Newsom floated onto the pine-swathed stage draped in a floor-length white gown to thunderous applause. While her dress positioned her somewhere between the angelic nymph persona she’s come to occupy over the years and Greco-Roman goddess of warfare, her sincerity in the face of noticeable nervousness revealed Newsom to be less of the stately elvish Homer of my generation’s dreams and more a spellbindingly human artist who proved the City of Brotherly Love to be true to its name.

As the first of several well-deserved standing ovations faded out, Newsom positioned herself behind the ivories of her slick Steinway. Launching into Divers track “Anecdotes”, dexterous piano playing and exuberant vocal intonations signaled that little could keep Newsom from returning to her element. A seamless transition into Milk-Eyed Mender track “Bridges and Balloons” earned her resounding cheers. In fact, debut disc cuts like “Inflammatory Writ”, “Sadie”, and “Peach, Plum, Pear” seemed to be the most celebrated among the high-spirited audience. Elsewhere, Ys track “Only Skin” saw her return to the harp and enter the realm of comedian, remarking that she “wasn’t sure anyone would want to hear a 17-minute song.” Turns out, we did.

With 18 songs pulled from across Newsom’s four albums, the most striking moments of the “The Strings/Keys Incident” were not those in which one sits dumbfounded amidst the deftness of a savant as they spin a tangled sonic web around your consciousness and squeeze tight. We were all aware this would be the case before we sat down. What stood out were the misfires, the fumbled strings, and forgotten words even laughed at by the musician mid-set. Instead of tempering the performance, these human moments and miscues made Newsom all the more endearing, her fans all the more enraptured, her message, somehow, more true.

Above all, one thing’s for sure — Joanna Newsom’s cause is nowhere near Ozymandian.