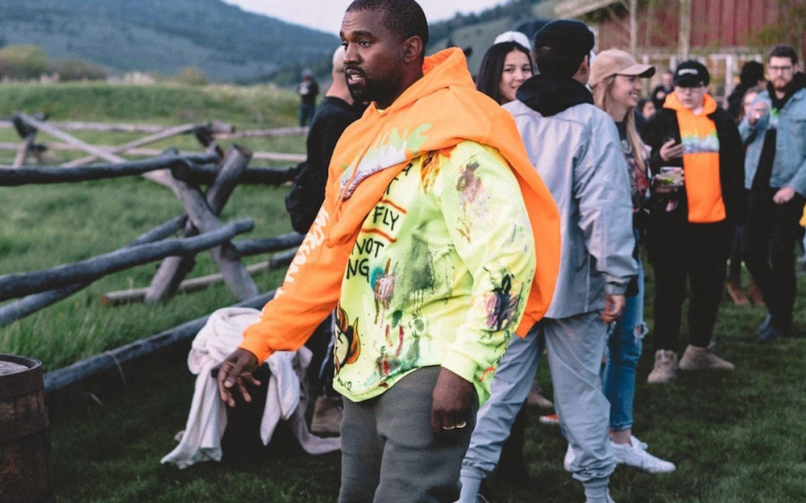 Now that his Star Wars-inspired domes in California are a bust, Kanye West has shifted his real estate focus to Wyoming, where he recently purchased a $14 million ranch property. While he, wife Kim Kardashian, and their children have warmly embraced the quieter Wyoming landscape — cowboy outfits included — many locals haven’t been exactly as welcoming of the Hollywood celebrities. And that includes the resident animals.

As TMZ report, authorities reprimanded Kanye and Kim after the couple disturbed some antelope while ATVing in the area. In a video of their ATV ride, Kim can be heard warning Kanye as they encountered the herd. “I think you’re scaring them!” she yells.

(Read: Kanye West and Kenny G are Working on New Music Together)

According to TMZ sources, Kanye and Kim weren’t intentionally chasing any animals and that the antelope just happen to be running by at the same time they were riding through on their ATVs. That didn’t stop local officials from issuing a stern notice, though.

“A spokesperson for the Wyoming Game & Fish Dept. tells TMZ … State laws prohibit this type of animal harassment,” write TMZ, adding, “We’re told the department was made aware of Kim’s video and paid a visit to the manager of Kanye’s new ranch to make sure everyone is aware of the rules pertaining to wildlife.”

No formal complaint or citations were handed out to Kanye and Kim, but the incident likely won’t go over well with Cody residents who are already skeptical of their famous new neighbors.

“Residents are set in their ways. It’ll be a learning curve for them to get used to the way people are around here,” Public Information Officer for the Cody Police Department recently told Radar. “It is a quiet place. There are some who are upset about the move. Some are apprehensive. Because of their notoriety and headlines, people are scratching their heads.”

If Kanye’s lucky, his new album, Jesus is King, will change locals’ minds when it drops September 27th. That or maybe he can supply the town with his new Foam Runners shoes.