Fieri also hit the stage for tequila shots with the band 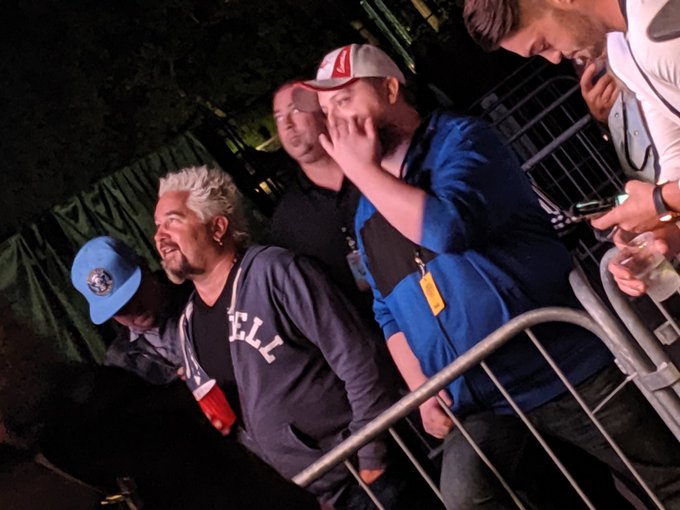 Would it surprise you to hear Guy Fieri went to a Nickeback concert this weekend?

As Exclaim points out, the Mayor of Falvortown made a diplomatic mission to Quebec on Friday to attend Nickelback’s headlining set at Gatineau Hot Air Balloon Festival. Though Fieri spent much of the evening gazing longingly into Chad Kroeger’s eyes from the pit, toward the end of the show he joined the band on stage for tequila shots, because HE’S GUY FUCKING FIERI.

Incredibly, this is not the first time Fieri and Kroeger have been spotted together in public. Earlier this year, Nickelback’s frontman appeared on Fieri’s Diners Drive-Ins, and Dives and cooked up meat loaf.