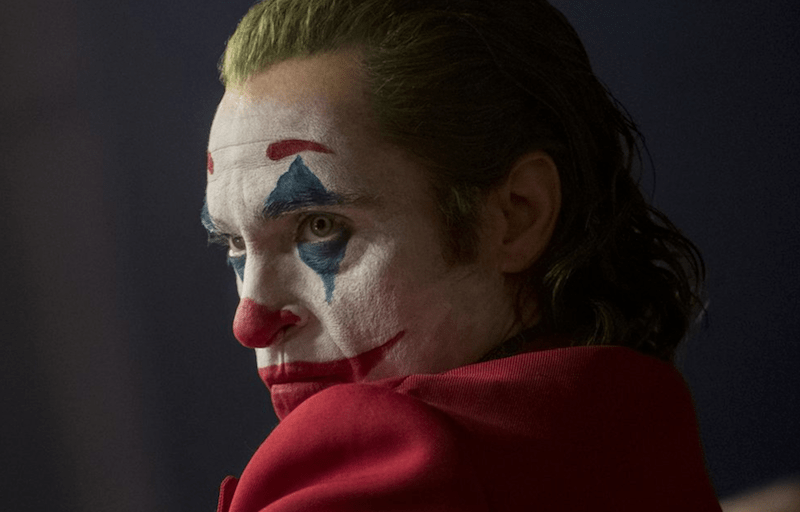 Joaquin Phoenix made headlines yesterday when he walked out of an interview following a question about the graphic violence in Joker. Though the actor said he was taken off guard by the query, the interviewer isn’t the only person with concerns about the R-rated film’s impact. Families of victims in the 2012 Aurora shooting that occurred during a screening of The Dark Knight Rises have signed a letter to Warner Bros. expressing their apprehensions about the new movie and asking that the studio donate to charities aiding victims of gun violence.

As The Hollywood Reporter has it, the families aren’t calling for any sort of boycott or seeking to disrupt release of Todd Phillips’ film. Instead, the letter lays out the real fears another gritty film centered on the Batman nemesis bring to the surface. Seven years ago, James Holmes walked into the Aurora Cinemark theater armed to the teeth and murdered 12 people, injuring 70 more, during a showing of Christopher Nolan’s third Batman film; those who survived and relatives of the victims still live with that trauma.

Phillips and her husband, Lonnie, worked with gun control advocate Igor Volsky of Guns Down America to write the letter. Five other relatives of victims signed their names before it was sent to WB.

Phillips, who along with her husband created the nonprofit group Survivors Empowered, said she feels Joker is “like a slap in the face.” “My worry is that one person who may be out there — and who knows if it is just one — who is on the edge, who is wanting to be a mass shooter, may be encouraged by this movie,” she added. “And that terrifies me.”

Even so, she and the other families aren’t asking WB to pull the film. The letter reads in part, “We are calling on you to be a part of the growing chorus of corporate leaders who understand that they have a social responsibility to keep us all safe.” It goes on to challenge the studio to “use your political clout and leverage in Congress to actively lobby for gun reform” and “end political contributions to candidates who take money from the NRA and vote against gun reform.”

Update 4:30 p.m. ET: Having now received the letter, Warner Bros. has issued a response statement (via Variety). The studio emphasizes that the character of the Joker is not meant to be held up “as a hero.” “Make no mistake: neither the fictional character Joker, nor the film, is an endorsement of real-world violence of any kind,” reads the statement. WB adds that they have “a long history of donating to victims of violence, including Aurora, and in recent weeks, our parent company joined other business leaders to call on policymakers to enact bi-partisan legislation to address this epidemic.”

“Make no mistake: neither the fictional character Joker, nor the film, is an endorsement of real-world violence of any kind. It is not the intention of the film, the filmmakers or the studio to hold this character up as a hero.

Gun violence in our society is a critical issue, and we extend our deepest sympathy to all victims and families impacted by these tragedies. Our company has a long history of donating to victims of violence, including Aurora, and in recent weeks, our parent company joined other business leaders to call on policymakers to enact bi-partisan legislation to address this epidemic. At the same time, Warner Bros. believes that one of the functions of storytelling is to provoke difficult conversations around complex issues.”

While worries about PTSD being triggered are certainly legitimate, not all those connected to the Aurora shooting are concerned about a repeat of 2012. “I don’t think that seeing something is the catalyst to, ‘OK, that is what I am going to start to do,'” said Tom Sullivan, who lost his 27-year-old son Alex in the terror attack. He added that he’d support WB putting “a blurb at the end or beginning of the movie about directing people to organizations for mental health.”

“I do want to see it,” Sullivan noted. “I think it looks interesting. I don’t know that I’ll see it in the theater, but I’ll definitely see the film.”

He certainly won’t be seeing it at Century Aurora and XD, the remodeled theater where the massacre occurred. The multiplex appears to not be showing Joker, as there are no showtimes listed on its website and no advance tickets available for purchase.

Holmes was convicted on 24 counts of first-degree murder and is serving life in prison without the possibility of parole.

Joker opens on October 4th. Read the full letter below.

We are the family members and friends of the 12 people killed at the Century 16 movie theater in Aurora, Colorado at a screening of The Dark Knight Rises on July 20, 2012. This tragic event, perpetrated by a socially isolated individual who felt “wronged” by society has changed the course of our lives.

As a result, we have committed ourselves to ensuring that no other family ever has to go through the absolute hell we have experienced and the pain we continue to live with. Trust us, it does not go away.

When we learned that Warner Bros. was releasing a movie called “Joker” that presents the character as a protagonist with a sympathetic origin story, it gave us pause.

We want to be clear that we support your right to free speech and free expression. But as anyone who has ever seen a comic book movie can tell you: with great power comes great responsibility. That’s why we’re calling on you to use your massive platform and influence to join us in our fight to build safer communities with fewer guns.

Over the last several weeks, large American employers from Walmart to CVS have announced that they are going to lean into gun safety. We are calling on you to be a part of the growing chorus of corporate leaders who understand that they have a social responsibility to keep us all safe.

Specifically, we’re asking you to do the following:
● End political contributions to candidates who take money from the NRA and vote against gun
reform. These lawmakers are literally putting your customers and employees in danger.
● Use your political clout and leverage in Congress to actively lobby for gun reform. Keeping
everyone safe should be a top corporate priority for Warner Brothers.
● Help fund survivor funds and gun violence intervention programs to help survivors of gun violence
and to reduce every-day gun violence in the communities you serve.

Since the federal government has failed to pass reforms that raise the standard for gun ownership in America, large companies like Warner Brothers have a responsibility to act. We certainly hope that you do.