BoJack Horseman to end with season 6

Watch a trailer for the beloved show's final bow 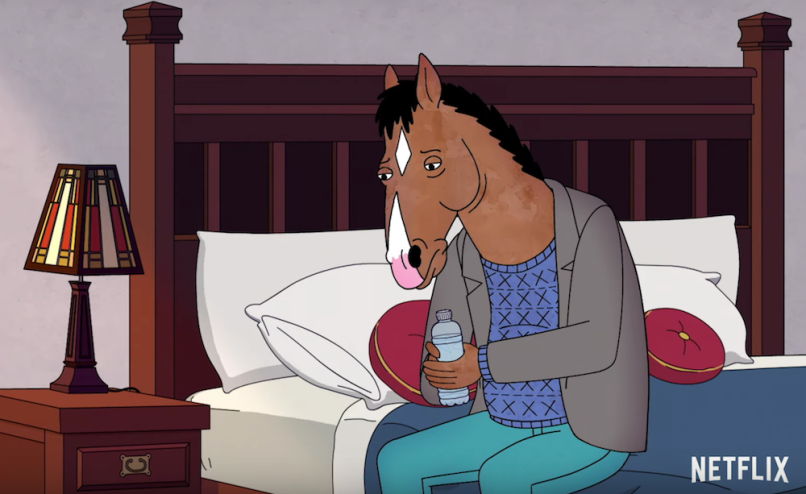 Our favorite washed-up ’90s TV star will soon find himself off the air once again. Netflix has announced BoJack Horseman is ending with season 6.

The beloved series’ sixth and final season will be broadcast in two parts, not unlike Mad Men and Breaking Bad. The first is scheduled to begin October 25th, with the final run starting January 31st, 2020.

According to The Hollywood Reporter, the decision was made by creator Raphael Bob-Waksberg. “Sources say that Bob-Waksberg plotted season six as a conclusion to the story” of BoJack. Update: Series star Aaron Paul, who voices Todd, has contradicts this report. In a tweet, he claimed that Netflix actually canceled the series. “Nothing we could do about it,” he wrote.

Since premiering in August 2014, BoJack has earned plenty of critical acclaim; it was most recently nominated for an Emmy for Outstanding Animated Series. BoJack also became the first Netflix original to be syndicated for cable TV, with Comedy Central acquiring the show’s first five seasons.

(Read: Netflix’s BoJack Horseman Is the Saddest Show on Television)

BoJack features recurring voice actors in Will Arnett, Alison Brie, Amy Sedaris, Aaron Paul, and Paul F. Tompkins among a revolving door of famous guest stars. The Black Keys’ own Patrick Carney had a hand in the program’s theme song.

In anticipation of the sixth season, Netflix has shared a trailer. In perhaps an homage to the final scene of the Mad Men series finale, BoJack is seen meditating at a retreat in Southern California.