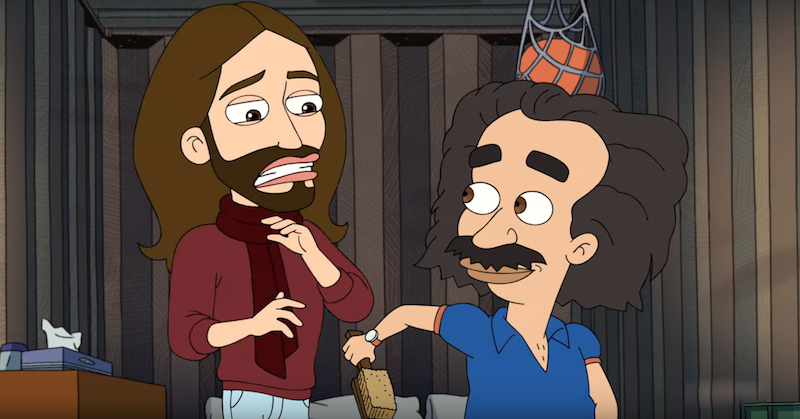 From just the quick smash-panning of the preview, it looks like Big Mouth will be taking a bite out of range of topics in the new season. Toxic masculinity and the objectification of women look to be taking prominent roles, while a new character voiced by Ali Wong will introduce Bridgeton Middle to pansexuality. Missy (Jenny Slate) will get her own hormone monstress (Thandie Newton), and Andrew (John Mulaney) will have to face another improbably embarrassing sexual issue: incest.

Oh, and the Queer Eye crew shows up to try and fix Coach Steve (Nick Kroll). Obviously that’s a hopeless task, but damn is it gonna be funny to watch.

Here’s the official synopsis for Big Mouth Season 3 (via The Playlist):

“In Season 3, Big Mouth focuses on what’s like to be going through puberty now. The show continues exploring human sexuality and everything around it, tackling issues such as cell phone addiction, female anger, the vast spectrum of sexuality, Adderall abuse, dick pics, toxic masculinity, and of course ‘how to have an orgasm.’ As the end of seventh grade rapidly approaches, Thandie Newton shakes things up as Missy’s new Hormone Monstress, and Ali Wong joins the cast as a new student who makes everyone at Bridgeton Middle question their sexuality. The season culminates with a superhero showdown that brings long-simmering tensions to a head and tests even the strongest friendships.”