Beyoncé and Adele aren’t appearing together on upcoming song [Updated] 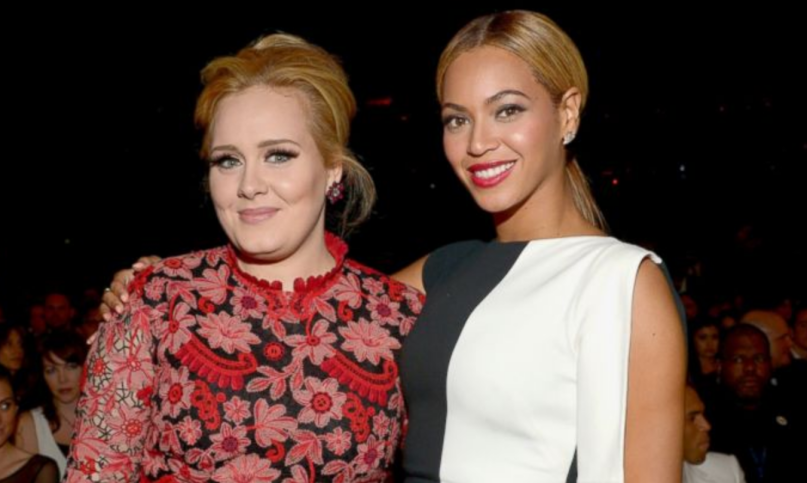 Adele and Beyoncé at 2017 Grammys, photo via ABC News

Update: OneRepublic frontman Ryan Tedder says he was merely joking about the star-studded collaboration. In an Instagram, Tedder said he was “utilizing ‘sarcasm,’ ‘kidding’ and a ‘joke’ simultaneously” when responding to a question about the band’s music.

A collaboration between Beyoncé and Adele is apparently on the way.

According to OneRepublic frontman Ryan Tedder, the band will soon release a song featuring both Beyoncé and Adele, as well as Coldplay singer Chris Martin.

Adele’s 25 famously bested Beyoncé’s Lemonade for Album of the Year at the 2017 Grammy Awards, but the two singers have a strong admiration for one another. In fact, Adele dedicated her Grammy win to Beyoncé, saying in her acceptance speech, “I can’t possibly accept this award … I’m very humbled and I’m very grateful … but my artist of my life is Beyoncé. And this album to me, the Lemonade album, is just so monumental.”

Even so, this will mark the first time Beyoncé and Adele are featured on the same track. Tedder gave no timetable for the song’s release, saying only that it has already been recorded.

In related news, Adele is said to be working on her own new album, the highly-anticipated follow-up to 25.