An intriguing, if uneven, change of course for a punk legend 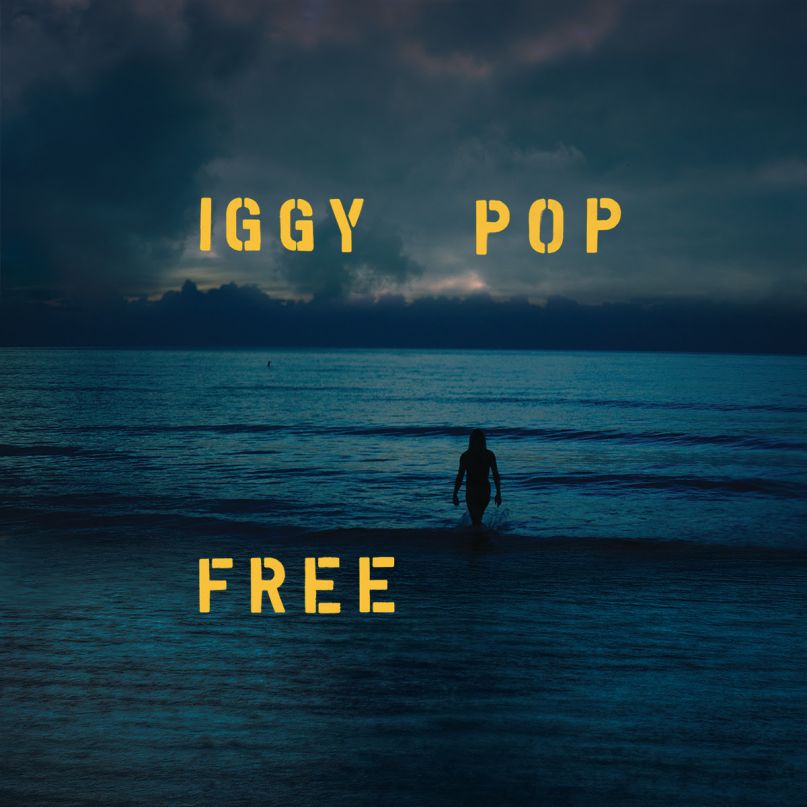 The Lowdown: “I am nothing but my name,” Iggy Pop said stoically through a leather croak on 2016’s Post Pop Depression. It was a line delivered with the fatigue that comes with having lived a life defined too long by rock and roll, and by that record’s end, it truly sounded like Iggy was done.

But three years later, the Great Stooge is still here. The release of Free, the singer’s 18th studio record, is welcome news for fans that thought Iggy was retiring from music. He’s not, obviously, but his latest still finds him in a period of transition. When the deaths of drummer Scott Asheton and saxophonist Steve Mackay in 2014 and 2015, respectfully, officially put The Stooges to rest, it was up to Iggy to chart a new path. If Post Pop Depression nudged him out of his gnarly garage punk safe space, Free doubles down on its predecessor’s efforts. Unmoored to his past, Pop has delivered one of the most singular and interesting records of his long career. How much you like it, that all depends.

The Good: To enjoy Free is to let go of expectations as aggressively as Pop has. Much of the singer’s trademark raunch is gone, and what it’s been replaced with is hard to nail down. Part swanky lounge act, spoken word performance, new wave throwback, and exploratory sonic freak-out, Free is a record that defies simple categorization. There are songs that carry over Josh Homme’s influence from Post Pop Depression (“Loves Missing) and others that give nods to yesteryear heroes like Joy Division, New Order, and Roxy Music (for example, “Glow in the Dark”, “Page”). On the record’s most successful deviation from type, “Sonali” mixes seductive horn with skittering electronic beats. And just in case you thought Iggy’s lost his sense of humor, “James Bond” and “Dirty Sanchez” lighten the record’s mood, with the latter indulging the singer’s seedier instincts.

But even more jarring than the music, which largely strikes a contemplative, sophisticated chord, is Iggy’s introspectiveness. Free, especially toward the end, ventures into almost meditative free association. “We are the crystal gaze returned through the density and immensity of a berserk nation,” he muses cynically on “We Are the People”. Good luck finding that kind of depth on Raw Power, but it’s fitting for a guy who, at 72, is all but done with the rock and roll rat race. Tits and ass have largely been put aside in favor of thoughts on life, love, sex, race, and mortality.

The Bad: Free is an interesting change of pace for a punk icon embracing a new stage of his career. But the record overall is easier appreciated as an experiment than something that warrants repeated listens. There are some great songs here, but most of Free sounds like it exists more for Iggy than the audience. For someone who’s been as tightly boxed into one persona for his whole career, it’s probably the record Iggy needed to make in 2019. But it’s unlikely to supplant the many records he’s done solo and with the Stooges that still work so well on a more guttural level.

The Verdict: “Rage against the dying of the light,” Iggy says near the record’s end on “Do Not Go Gentle into That Good Night”. To appreciate that line, you have to remember that few people thought early in his career that Iggy would live to see his 70s, much less still be making music. He’s long-since proven his doubters wrong, and Free is a celebration not just of the singer’s surprising longevity, but his creative relevancy. It’s a late-career entry that can’t hold up to his priceless back catalog, but it’s also the work of a guy who at this point really couldn’t give a shit what people think. You’ll enjoy some tracks and soldier through others. But Iggy’s still here, and maybe that’s the most important takeaway of all.