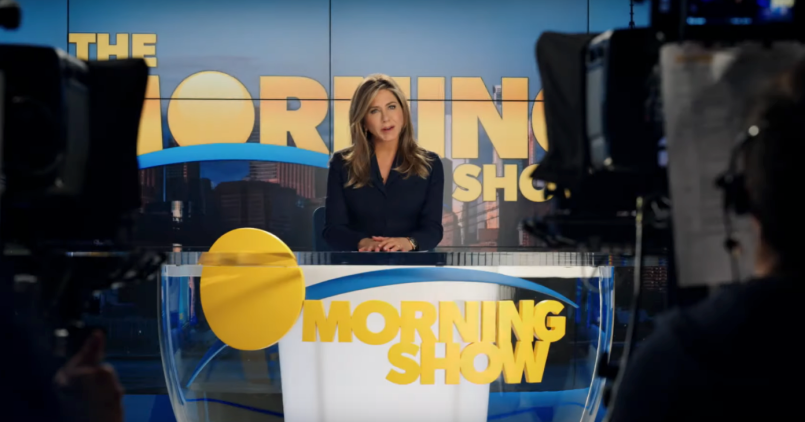 By the looks of it, The Morning Show’s storyline is a nod to the real-life scandals surrounding TODAY and CBS This Morning, both of which lost their male leads over sexual misconduct allegations. The trailer begins with Anniston’s character announcing the firing of her longtime male co-host (Carell) as a result of an unspecified transgression. Witherspoon is brought in to replace Carell’s character, but her presence seemingly leads to Anniston’s own tailspin a la Howard Beale in Network.

Watch the trailer for The Morning Show, soundtracked by Supertramp’s “Goodbye Stranger”, below.