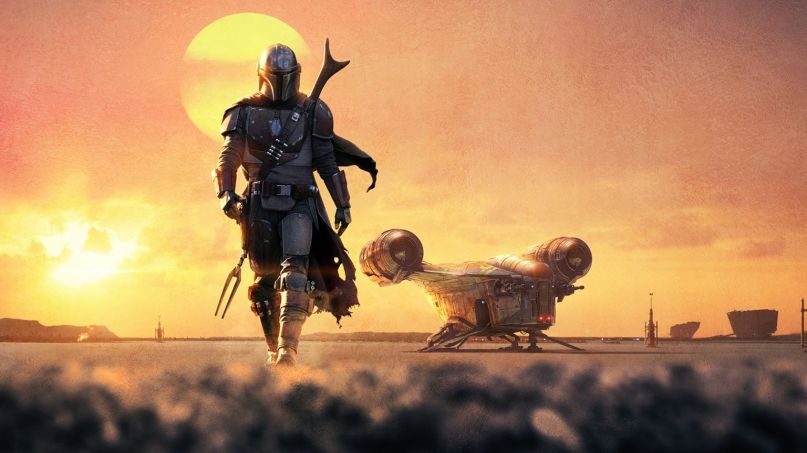 Jon Favreau has unleashed the epic first trailer for his forthcoming Star Wars series The Mandalorian. Set to premiere alongside Disney+’s November 12th launch, the live action spinoff promises a sprawling adventure in the underbelly of our favorite galaxy.

He’s not alone in bringing that concept to life. Along for the ride is Pedro Pascal as the titular lead, whose rogue lifestyle is all over this trailer. He’s joined by an all-star supporting cast that includes Nick Nolte, Werner Herzog, Carl Weathers, Giancarlo Esposito, Emily Swallow, Gina Carano, and Omid Abtahi. Helping Favreau behind the camera are Dave Filoni, Taika Waititi, Bryce Dallas Howard, Rick Famuyiwa, and Deborah Chow.

Watch below. Update, October 28th: A new, full trailer for The Mandalorian has premiered, and you can watch it now.

In the same interview, Favreau stressed the luxuries that Disney+ has afforded him as a storyteller. “Disney+ is emerging and there’s an opportunity to tell a story that’s bigger than television,” he explained, “but you don’t have the same expectations that a big holiday release has, which to me isn’t that type of Star Wars that comes out of me. The type of Star Wars that I’m inspired to tell is a smaller thing with new characters.”

Seeing how the series has been greenlit for a second season, it appears that story will be even bigger than Favreau anticipated. Nevertheless, Star Wars fans have plenty to look forward to in the coming months, what with this and Rise of the Skywalker hitting theaters December 20th.

May the Force Be With Us.