that dog. announce first album in 22 years, Old LP, share “If You Just Didn’t Do It”: Stream 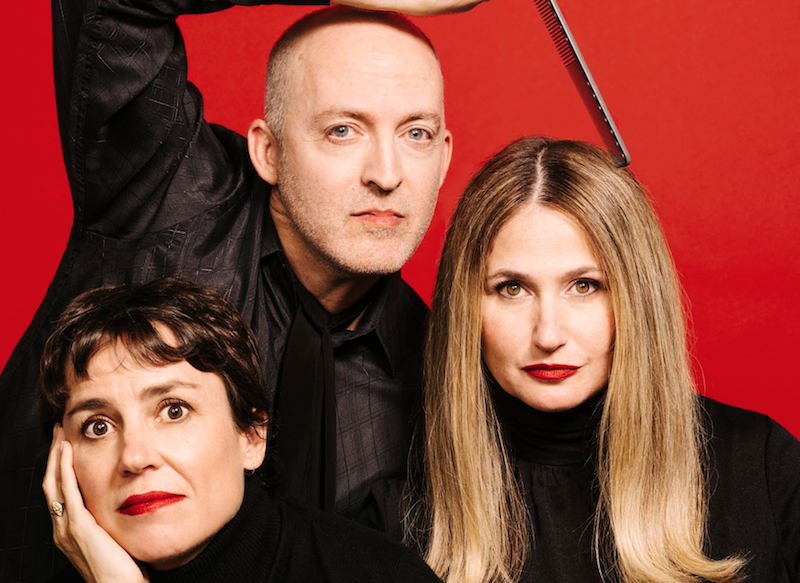 that dog., photo by Cara Robbins

Power pop trio that dog. have announced Old LP, their first album in 22 years. Due out October 4th via UMe, the reunion record is being previewed today with the lead single “If You Just Didn’t Do It”.

that dog.’s last effort came in 1997 with Retreat from the Sun, one of our favorite releases of that year. The group broke up shortly after its release, and only reformed again in 2011 for a series of reunion concerts. Those shows inspired them to return to the studio, though it was a slow process getting recordings done. Sessions were fit in when drummer Tony Maxwell, who had established a career as a New York TV exec, could visit guitarist/vocalist Anna Waronker and bassist/vocalist Rachel Haden in Los Angeles.

“By the end of 2012 we had four songs done,” said Waronker in a statement. “In 2013, we had a few more. We needed time to let it grow into what it would become. Sometimes it’s hard to get there. Which is kind of the theme of the album.”

While lead single “If You Just Didn’t Do It” hints at how that dog. are their old selves on Old LP, there are plenty of surprises on the album. Waronker brought orchestral compositions and arrangements to the band’s sound, adding instruments like violin, piano, upright bass, horns, woodwinds, and cello to the mix. There are also a number of guests, including Maya Rudolph, Randy Newman, Graham Coxon of Blur, Josh Klinghoffer of Red Hot Chili Peppers, The Go-Go’s Charlotte Caffey, Tanya Haden from The Haden Triplets, violinist Kaitlin Wolfberg, fun.’s Andrew Dost, and Redd Kross’ Steve McDonald.

Take a listen to “If You Just Didn’t Do It Below”. Pre-orders for that dog.’s Old LP are available now.